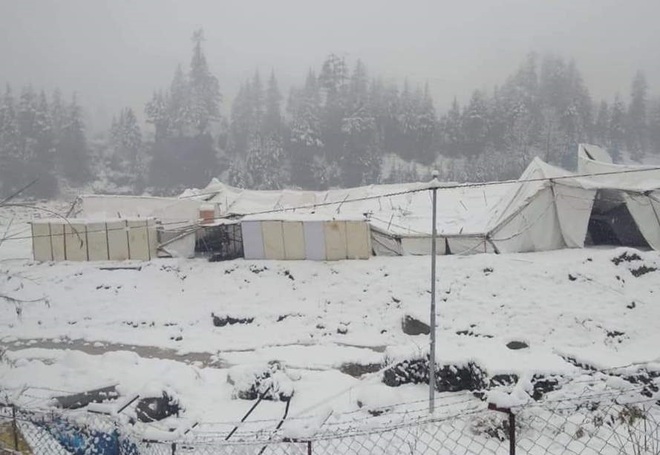 The damaged Covid isolation centre near Manali on Thursday.

The isolation centre for Covid patients near Manali was damaged as the town experienced around 6 inches of snow since Wednesday night. Manali SDM Raman Gharsangi said the centre, which was lying vacant, witnessed some damage due to snow. He said it was meant for patients who did not have a separate room and a bathroom to quarantine themselves. He added that the centre would soon be shifted to an alternate site. Many residents had voiced apprehensions about the site for the centre, which being adjacent to the river is a flood-prone area.

Meanwhile, inclement weather conditions continued for the fourth consecutive day in Kullu and the Lahaul valley. The movement of vehicles has come to a standstill. The Manali administration stopped the movement of the vehicles beyond Palchan and tourist vehicles were not allowed to go to the Solang Nullah as well. Many bus routes were also affected.

Jagdish, a tourism business operator in Manali, said people associated with the tourism industry were hopeful of a better winter season.