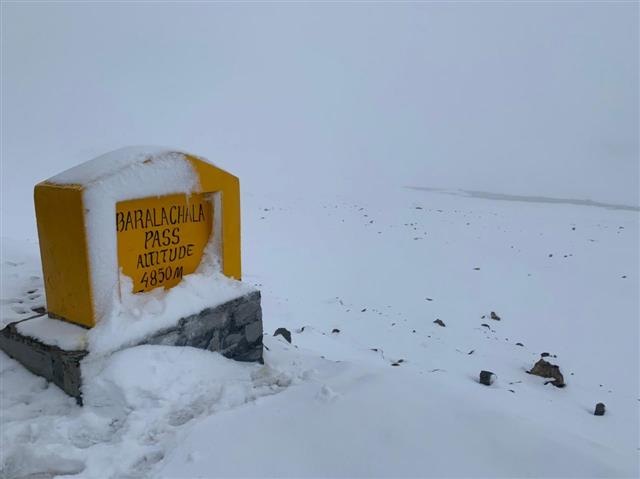 The Manali-Leh highway was restored to traffic near the Baralacha Pass in Lahaul and Spiti district this afternoon. The district administration had closed the highway in the morning after fresh snowfall at the pass and its nearby places.

The Border Roads Organisation (BRO) had engaged its workforce and machinery to clear the snow from the highway and restored it to normal traffic in the afternoon.

However, the HRTC at Keylong suspended its bus service between Delhi and Leh from Keylong to Leh on Sunday due to snowfall.

“Similarly, the Kunzum Pass received considerable snowfall on Monday, forcing us to suspend the bus service on the Kullu-Kaza route for the next few days until the road is restored,” he added.

The Manali-Keylong road was also blocked today for hours as a huge boulder rolled down onto the road at Nehru Kund near Manali.