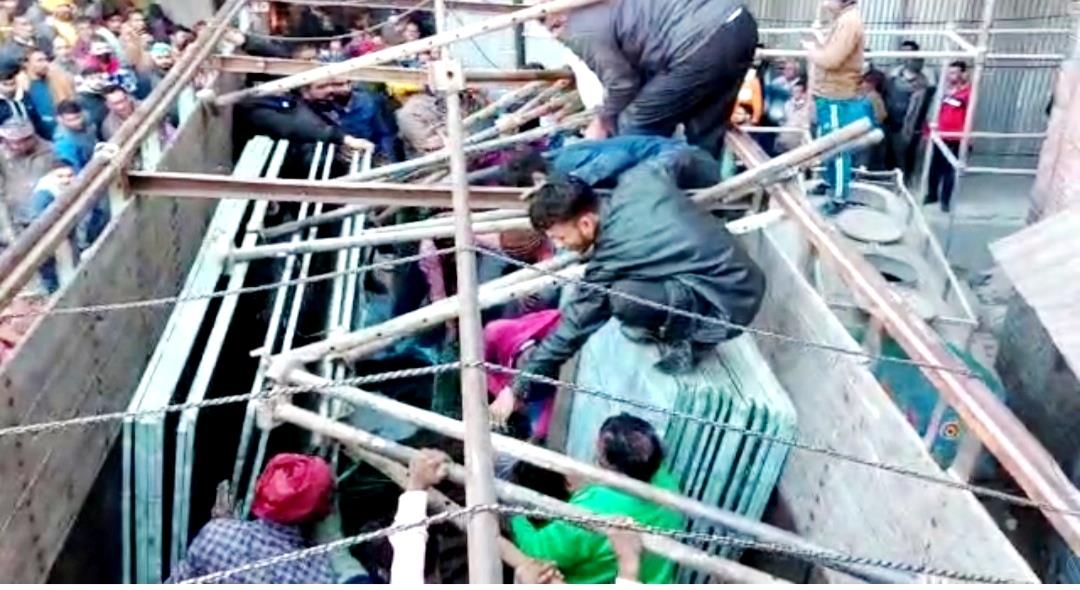 People try to save workers trapped under marbel slabs in Una.

Two construction workers were killed and three others injured, including one critically, after a pile of marble slabs being unloaded from a truck fell on them at the construction site of the new district secretariat building in Una city today. The seriously injured worker was referred to the PGI, Chandigarh. The deceased have been identified as Mohan and Shiva, both natives of Chhattisgarh. The incident took place around 1 pm.

According to eyewitnesses, the workers were unloading marble slabs from the truck. Due to shifting of weight, the tyres of the truck on the one side suddenly sank in the underlying sand, tilting the vehicle and toppling marble slabs over the workers. Two injured workers were declared brought dead at the Una district hospital while another was discharged after first-aid.

On hearing the cries of the injured workers, their fellow workers and locals rushed to rescue them. The work on the six-storey building of the secretariat is going on at a brisk pace for the past one and a half years and marble slabs were being brought for interior civil work being executed by a construction firm.

Meanwhile, Chairman of the State Finance Commission Satpal Singh Satti and police and administrative officers rushed to the construction site to oversee the rescue operations. PWD Executive Engineer Rajesh Kumar said that a departmental inquiry would be initiated into the incident. The police have registered a case and started investigation.