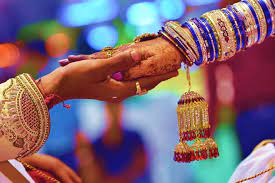 A woman (32), mother of three children, eloped with a married Muslim man a few days ago.

The husband of the woman has approached the police and filed a complaint. The accused used to visit the house of the woman and called her a sister. Before eloping with the man, she left a hand-written note at the house, stating that she was giving divorce to her husband. She left her mobile and told her 11-year-old daughter that she was going to a temple.

Her husband has told the police that the accused, who hailed from a village of Churah in Chamba district, had lured her wife and took her away. The husband is working in a flour mill in Fatehpur of Kangra district and living in a rented house at Jassur. Now, his children are living with his brother-in-law. The accused is also the father of two children.

Surinder Sharma, DSP, Nurpur, said the police had started a hunt to trace them. “His mobile number is found switched off and he has not reached his native place,” he said.

Meanwhile, Uday Pathania, state president of the Vishav Hindu Parishad’s Dharam Sabha wing, has expressed concern over the ‘love jihad’ incident. He has appealed to the government to take stringent steps to check conversions. He has also urged the police to trace the married woman.