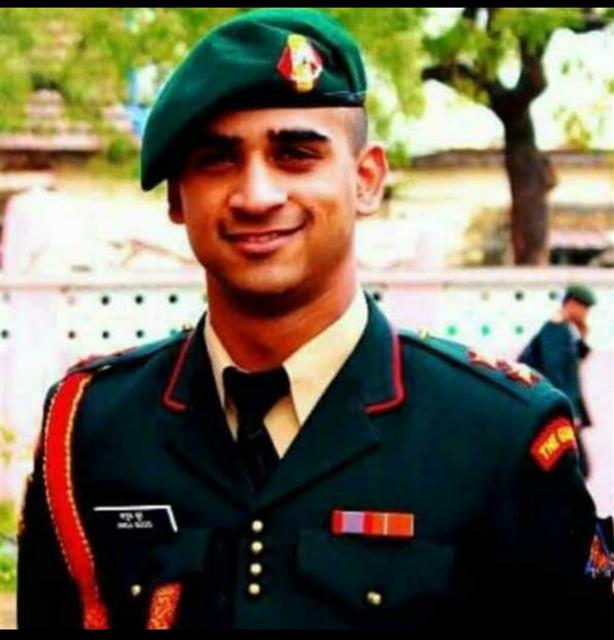 His wife, Akriti Singh, was in Dharamsala at her parent’s house when she received the news of the martyrdom of her husband.

She had last interacted with her husband on WhatsApp at 2 am when he informed her that he was all right and the operation was going on well against the terrorists.

Akriti was inconsolable and not in a position to talk. His father-in-law, Subedar Major (retd) Hoshiar Singh, said he was proud of his son-in-law for laying his life for the country.

"However, he was just 30 years old and was very young. My heart goes out for the loss of my daughter," he said.

Anuj Sud has his paternal house in Dehra area of Kangra district but his family was settled in Panchkula. He had joined the Army seven years ago. He got married to Akriti Singh, a software engineer, in September 2017.

The couple had not met since November last year when Anuj left for a posting in Kashmir.

Akriti had recently resigned from her job in Pune and was planning to join her husband. Anuj was expected to come on leave on March 22 but due the outbreak of coronavirus, he failed to come.

The cremation of Major Anuj Sud was going to take place in Chandigarh. The local Army authorities made arrangements for the wife and other family members to go to Chandigarh today to attend his last rites.