The national highway was blocked near Khachimod and Devimod temple 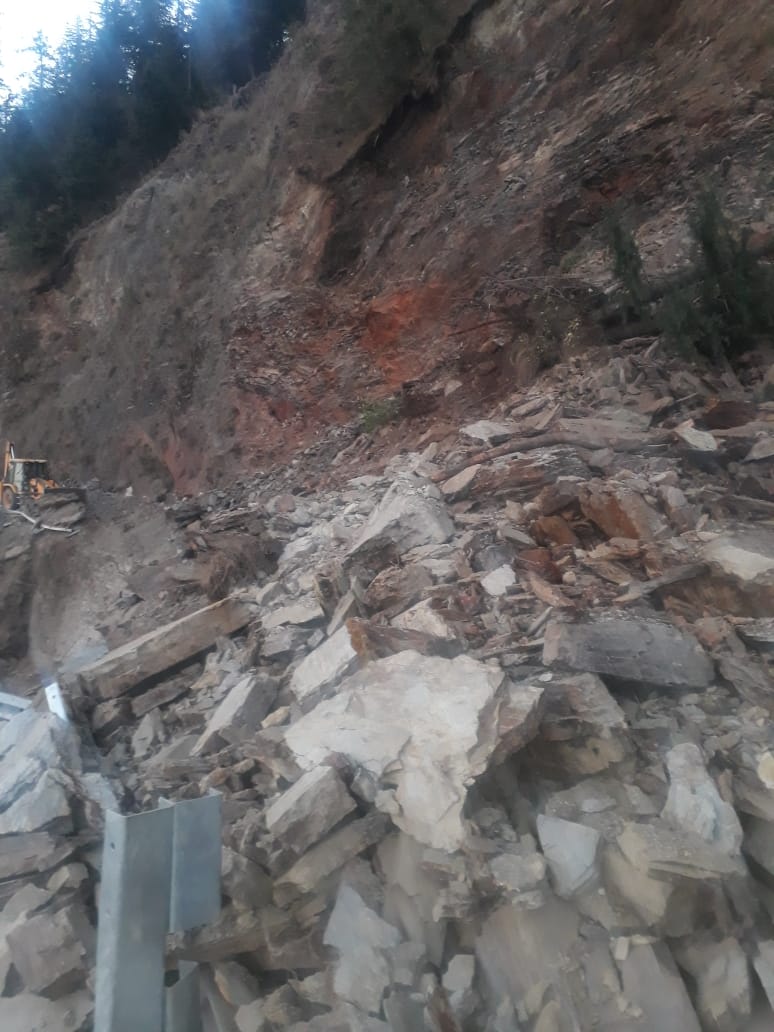 The landslide blocked the highway near Khachimod and Devimod temple in Theog. Photo: Amit Kanwar

The National Highway-5 was blocked for vehicular traffic near Theog in Shimla district district of Himachal Pradesh following a massive landslide.

The landslide occurred near Khachi Mod in Theog late on Monday night.

Efforts were on to clear the highway for traffic. People have been advised to use alternate routes, officials said.

The traffic for the movement of light vehicles coming from Shimla side has been diverted via Sarion-Halai-Sandhu and through Sandhu-Jadeog-Devimor from Narkanda side, while heavy vehicles from Dhalli side are being diverted via Basantapur Kingal, the officials said.