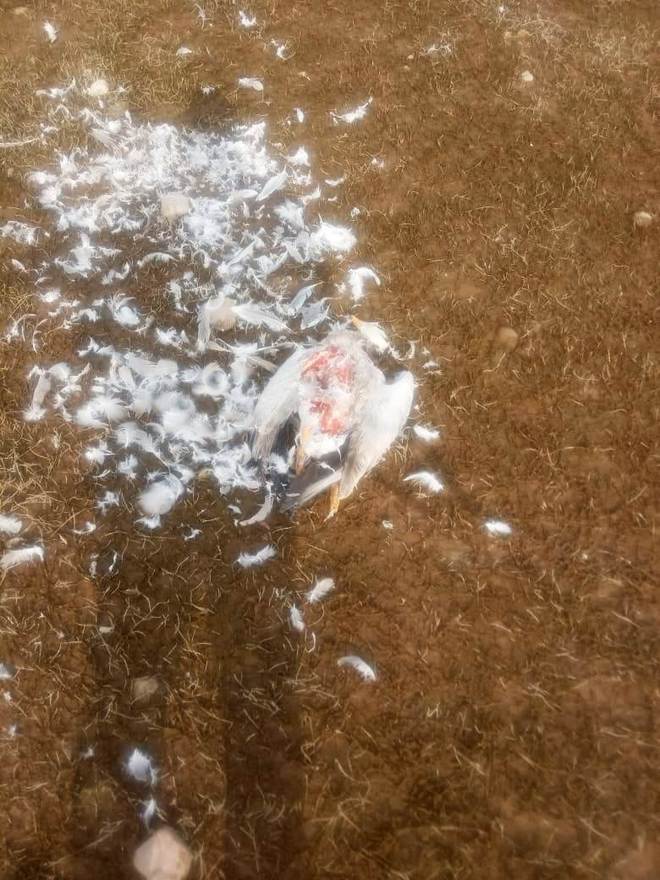 Migratory birds found dead along the Pong lake at Sidhatha in Fatehpur subdivision of Kangra district on Monday. Tribune photo

Hundreds of exotic migratory birds of different species were found dead along the Pong lake in the Sidhatha area of Fatehpur subdivision on Monday. The lake is the country’s largest man-made water body in lower Kangra district and the incident has shocked local bird lovers and environmentalists and the wildlife authorities.

It is suspected that some persons put a poisonous substance in the fields where unauthorised cultivation is being undertaken on the BBMB land along the Pong Lake, to keep the birds away. This morning, locals noticed hundreds of dark lumps strewn across the lake area. They also found carcasses of hundreds of lifeless migratory birds. The Wildlife Department authorities are yet to ascertain the exact cause of the death of birds.

Reports of poaching of birds have also been received after the arrival of thousands of migratory birds here. Bird lovers have demanded an inquiry into the incident and action against the culprits, if any. A mysterious disease is also being suspected behind the death of such a large number of birds at a time.

Rahul M Rahane, Divisional Forest Officer (Wildlife), Hamirpur, said around 500 birds had been found dead in the area. “The postmortem on a few birds has been conducted in the veterinary laboratory at Shahpur in Kangra. The viscera of a few birds is being sent to the Regional Diseases Diagnostic Laboratory in Jalandhar,” he said. He also did not rule out a mysterious disease behind the death of the birds.