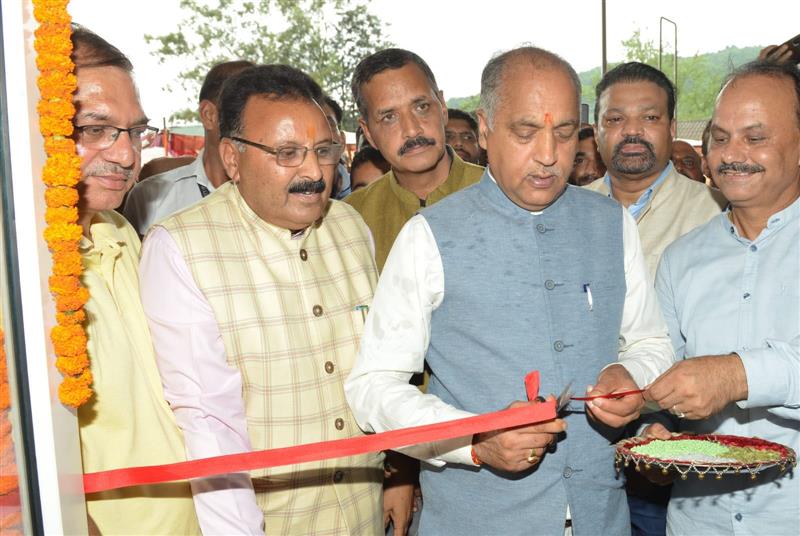 The CM inaugurates the unit at Chakkar in Mandi on Friday. Jai Kumar

He said the plant would process milk in a semi-automatic way and provide a facility for the procurement of more milk from dairy farmers.

Thakur, while addressing a public meeting at Chakkar, said that the HP Milkfed collected about 395 lakh litres of milk from 47,295 farmers during 2021-22 and Rs 110.56 crore was paid to them. “Milk is one of the most important sources of income for the farmers of the state.

He said, “Milkfed has 11 processing plants, one cattle feed plant and one powder plant functioning in the state. With the commissioning of the new plant at Chakkar in Mandi, the daily capacity of milk plants has increased from 1 lakh litres to 1.3 lakh litres.”

He said, “Another milk processing plant of 50,000 litres capacity is under construction at Duttnagar and 70 per cent work on it has been completed. This plant will facilitate thousands of farmers of Mandi, Kullu and other districts.”