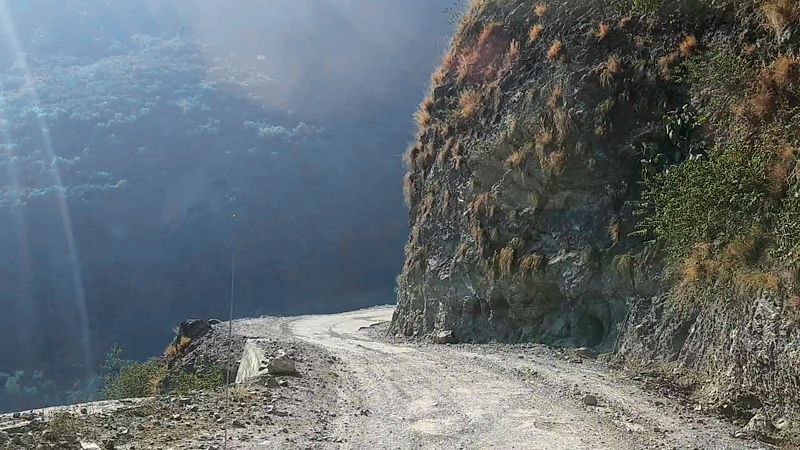 Sharp curves and narrow roads in Shillai pose a threat to motorists.

Crash barriers lacking and little being done to rectify the black spots, an 8-km road stretch from Bakras to Timbi in Shillai sub-division of Sirmaur in Himachal has become a virtual death trap with 44 casualties being reported in the past over nine years.

Ten members of a marriage party, including a 12-year-old boy, were killed and two others injured when the pickup utility vehicle they were travelling in fell into a 300-foot-deep gorge on the stretch in June last year. Nineteen persons were killed at the same spot in an accident in September 2013.

Apart from this, several small accidents were reported since 2017 at places around Gangtoli, Bakras and Timbi in which 15 persons were killed while 16 others sustained injuries, according to figures secured from the traffic police. Sunil Kumar, a villager, blamed the lack of crash barriers for the high number of accidents and deaths. “Apart from erecting crash barriers, the road authorities should work on rectifying the steep curves. Being a link road, the state government has failed to accord due significance to its regular maintenance,” he said.

Paonta Sahib DSP Bir Bahadur said they were pursuing with the PWD authorities the issue of working on the black spots. Shillai SDM Rakesh Singha said, “Some improvement has been done in road surface while a few sharp curves have been rectified. But more needs to be done to convert it into a safe zone.”