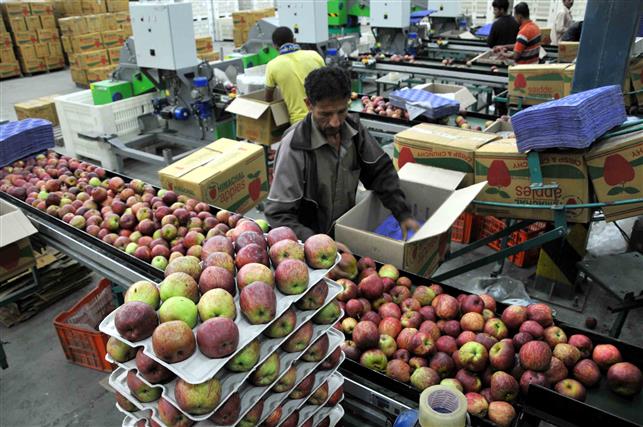 In the latest reduction, Adani Agrifresh has reduced the price of premium apple to Rs 60 per kg. The rates have gone down by Rs 16 per kg from the opening rate of Rs 76. “It’s the lowest rates offered by Adani Agrifresh in 12 years. Surprisingly, the rates have nosedived right in front of the government committee,” said Sanyukt Kisan Manch convener Harish Chauhan.

It’s the lowest rates offered by Adani Agrifresh in 12 years. Surprisingly, the rates have nosedived right in front of the government committee. —Harish Chauhan, convener, SKM

Rohit Thakur, Congress MLA from Jubbal-Kotkhai, said the committee has proved to be an utter failure. “Even as private CA stores are slashing rates frequently, the committee is merely watching it like a mute spectator. The fall in rates is worrisome,” he said.

Singha further claimed that many growers were selling their produce at private CA stores out of compulsion. “So bad has the situation become for small growers that they are not able bear the expenditure on packaging material. So, they simply sell it at private CA stores where apple is sold in crates and hence they don’t have to pay for packaging material,” said Singha.

Meanwhile, Mohan Lal Brakta, Congress MLA from Rohru, slammed the government for being indifferent to the plight of the growers. “The poor rates have broken the back of the growers, especially of the small and marginal farmers. If the government continues to be a mute spectator, a majority of the growers will find it tough to sustain,” said Brakta.