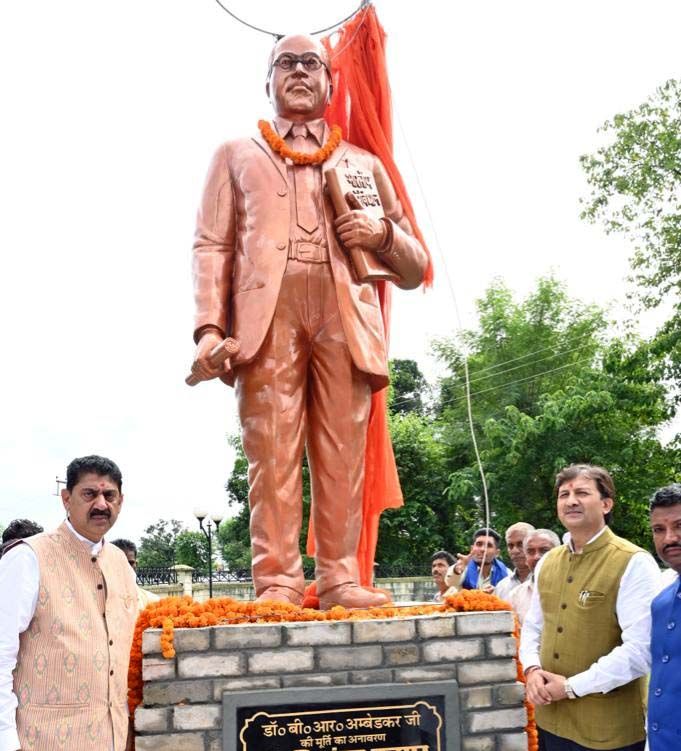 Dr Sikander Kumar, Rajya Sabha MP and chairman of the BJP’s Assembly elections’ vision paper, unveiled a statue of Dr BR Ambedkar at Suliali near here on Tuesday. He also presided over a conference organised by the BJP’s Schedule Caste (SC) wing and laid the foundation stone of Dr Ambedkar Museum and Library, to be built at a cost of Rs 5.5 crore.

Addressing a gathering on the occasion, Dr Sikander said the BJP was the real well-wisher of SCs and downtrodden whereas the Congress had always used this class for votes only. He said the BJP government had launched welfare schemes for the uplift of the Dalits benefitting the people of SCs in the state.

He said Himachal Pradesh had witnessed unprecedented development during the tenure of the double engine government led by Chief Minister Jai Ram Thakur, while new dimensions of development had been established in Nurpur Assembly constituency with concerted efforts of local MLA and Forest Minister Rakesh Pathania. He said the Congress was in the disarray in the state whereas the country was moving towards a Congress-free India day by day.

Forest Minister Rakesh Pathania, while welcoming Dr Sikandar, said the Dr BR Ambedkar Museum and Library would benefit local residents as well as the youth of nearby villages.