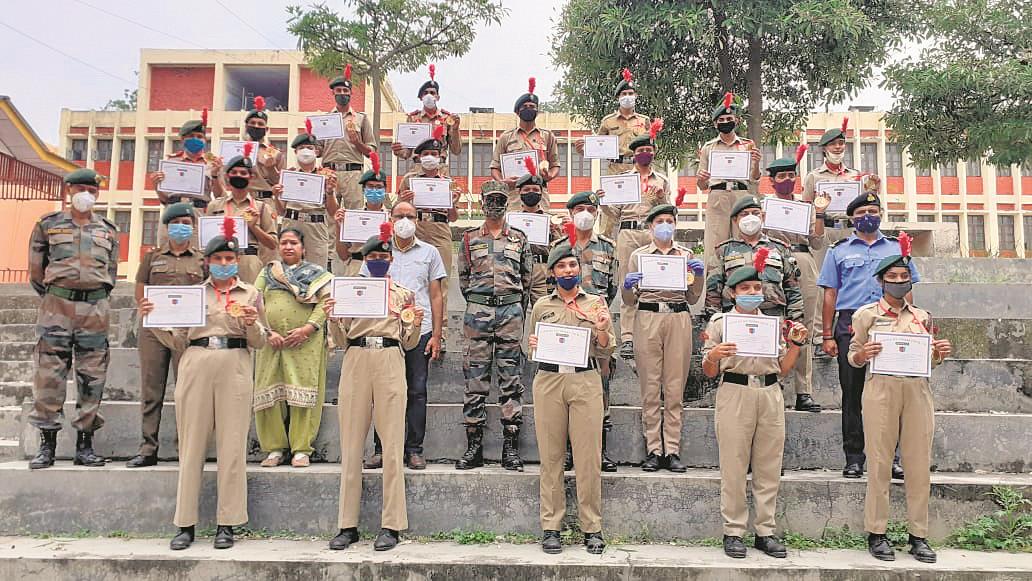 The NCC Cadets of Government College, Una, who created awareness at public places and assisted the administration during the initial phases of Covid-19 in Una town, were today honoured at the college campus by Col Sanket Deo, Commanding Officer (CO), 6 HP (I) Coy, Una. The CO said during the curfew relaxation periods, the cadets performed traffic duties, made people aware of the importance of social distancing and wearing masks.

The Himachal Pradesh Council for Science Technology and Environment (HIMCOSTE) celebrated International Day for the Preservation of the Ozone Layer online. An online quiz for students and a webinar on the theme 'Ozone for life: 35 years of Ozone layer protection' were held. Prof Subhakanta Mohapatra, geography professor, School of Sciences, Indira Gandhi National Open University, New Delhi, spoke on the topic 'Replenishing the Ozone for healing the warming planet'. He said replacing the Ozone-depleting substances with other chemicals has substantially helped in recovering Ozone layer above Antarctica. It is predicted that Ozone layer would be completely healed in 2030s above the Northern Hemisphere and above the Southern Hemisphere in 2050s.

Webinar on ‘Ozone as a disinfectant’

Vigyan Bharti Himachal Pradesh organised a webinar on ‘Ozone and UV-treatment for sanitisation of water and surroundings’. Professor Devinder Mehta, physics department, Panjab University, Chandigarh, discussed the role of UV-C and Ozone for disinfection of water, vegetablesz/fruits, medical tools, operation theaters, rooms and offices. Prof. Mehta said that UV-C, having a wavelength around 264 nm, is effective in killing germs, viruses and bacteria. Hence, it can be used for sanitising the rooms in hilly areas to get rid of bacteria/viruses and foul smell. The UV is also used treating drinking water by killing microbes. The speaker emphasised that ozone is more effective in killing bacteria/viruses present in the water. In India, chlorine is used for drinking water treatment, which is harmful. In a nutshell, Ozone is a cost-effective and safe disinfectant.government was deliberately not tabling it in the Vidhan Sabha.