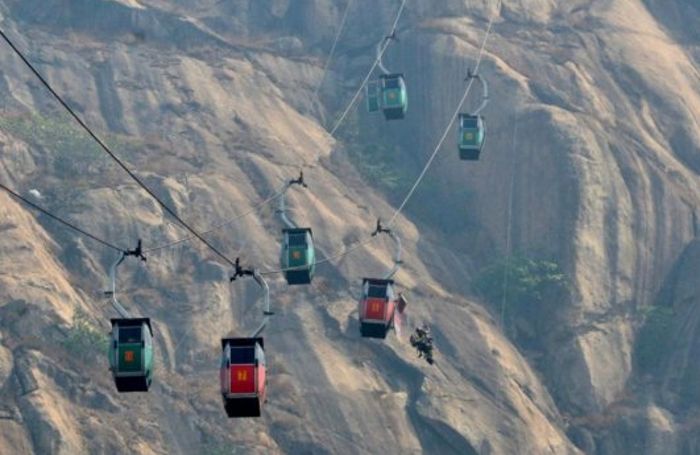 In view of recent accidents in Himachal Pradesh, Madhya Pradesh and Jharkhand, the National Disaster Response Force (NDRF) has launched a nationwide survey of passenger cable cars and ropeway systems to find out possible security flaws and prepare a structural blueprint for effective rescue operations.

The NDRF has also decided to train its rescuers in specific ropeway rescue skills, apart from purchasing a range of tools for transporting team to evacuate stranded people from a hanging car.

Three persons were killed and 12 rescued after cable cars got trapped mid-air on a ropeway at Trikut Hills in Jharkhand’s Deoghar district in April. A 40-hour-long operation was conducted by the Indian Air Force, NDRF, Army, ITBP and local administration after the incident.

Eleven persons were stranded for hours after a cable car got stuck mid-air at Timber Trail in Parwanoo, Himachal Pradesh, in June. They were rescued after a six-hour operation undertaken by the NDRF and other agencies.

In a similar incident in May, pilgrims visiting a shrine in Maihar town of Madhya Pradesh were rescued about an hour after they were stuck in cable cars.

“We have launched a survey of all passenger ropeway and cable car systems,” a senior NDRF official said.

“Officers from all 16 NDRF battalions across the country have been asked to conduct a survey in their jurisdiction and visit ropeway systems, carry out a security and operations analysis and submit a report to their headquarters here. A final report on this would be submitted to the Union Ministry of Home Affairs with recommendations on remedial measures for the public and private sector operators,” he added.

Meanwhile, 40 devotees, including BJP MLA Kishore Upadhayay, remained suspended in the air for nearly an hour on Sunday when a ropeway connecting Surkanda Devi Temple near Mussoorie got stuck midway due to a technical snag. Upadhayay said the incident occurred when they were returning from the temple.