Newly wed couple from UP among 4 dead in 3 road accidents in Mandi and Manali : The Tribune India 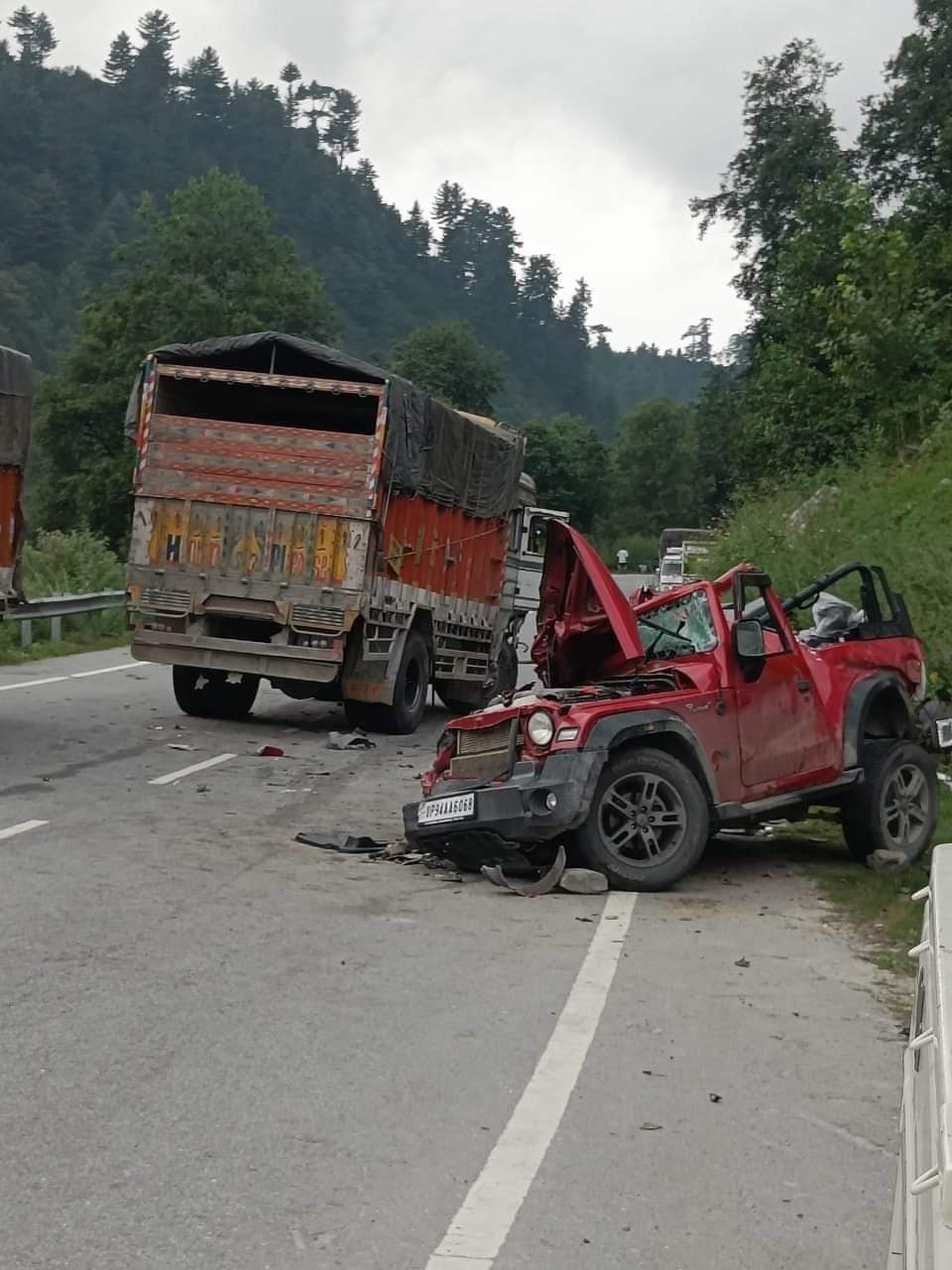 The mishap took place at 17 mile near Manali on Chandigarh-Manali highway newly wed couple were killed on the spot. Tribune photo: Jai Kumar

As many as four persons were killed in three different road accidents in Mandi and Kullu districts on Friday, while four others were injured.

One road accident was reported in Balh valley near BBMB tunnel at Khiur in Mandi district, in which one trainee doctor was killed, while four other trainee doctors received injuries.

The deceased was identified as Anchala (24) native of Narkanda village under Kumarsen tehsil in Shimla district.

The injured have been identified as Sonam (24) of Mandi, Ritika (23) and Akansha both natives of Kangra, Yuvraj (24) native of Rajasthan state. Critically injured Ritika has been referred to PGIMER, Chandigarh, for treatment, while three other injured are undergoing treatment at medical college Nerchowk in Mandi.

Another accident was reported on Janjehli-Chhatri road in Mandi district, in which one person was killed. The deceased was identified as Jai Prakash (42) native of Baag village in Mandi. He was coming to attend a meeting of BJP Seraj Mandal at Thunag.

One road accident was reported in Manali, in which newly wed couple died on the spot. The deceased were identified as Rohit Kaushik (23) and his wife Mansi (23) native of Uttar Pradesh.

According to police, their car collided with a truck at 17 mile near Manali. The collision was so severe that both the victims were killed on the spot.