Samples to be collected from Una villages today 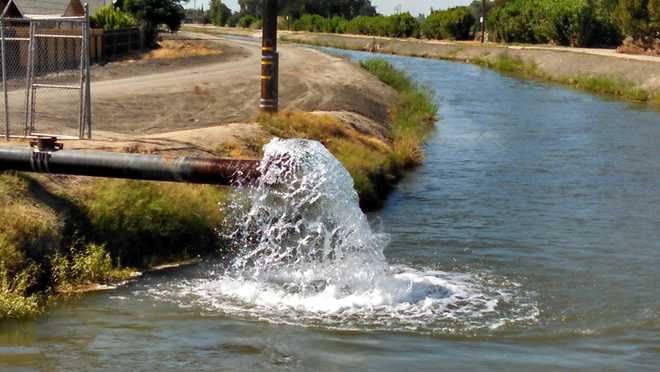 A crucial meeting on the issue of groundwater pollution allegedly being caused by Punjab Alkalis and Chemicals Ltd. (PACL) in Una villages bordering Punjab was held at Nangal town in Rupnagar district today. The meeting was held on the directions of the National Green Tribunal (NGT).

Villagers had filed case with NGT

Residents of Sanoli, Mazara, Binewal and Malookpur villages in Una district located on the Punjab border had filed a case with the NGT against trans-border pollution caused by the PACL. The NGT had constituted a committee consisting of officials of the Central Pollution Control Board (CPCB), Central Ground Water Board (CGWB), Punjab Pollution Control Board (PPCB), and Deputy Commissioners of Ropar and Una to hear out the petitioners, visit the site and submit a report.

The committee members today visited the PACL plant, met the complainants in the case and also listened to other parties. Una Deputy Commissioner Raghav Sharma said that it was decided at the meeting that the CGWB and the CPCB would tomorrow lift water samples from the areas allegedly affected by pollution caused by the PACL in the presence of the petitioners. The samples would be tested in Central laboratories to verifty the charges levelled by the Una villagers.

Besides, soil samples would be collected in the presence of the petitioners and divided into two groups. One group would be sent to Palampur Agriculture University for testing while the other would be tested at the Soil Testing Laboratory in Punjab. Reports from these laboratories would be submitted to the NGT, said Sharma.

MPS Walia, General Managers (Works), PACL, told The Tribune that they had installed an effluent treatment plant along with an RO and multi-effect evaporators. He said, “All these systems are working properly and water treatment parameters are within the acceptable limits, as prescribed by the CPCB and PPCB guidelines. The PACL is maintaining a zero liquid discharge system wherein all effluents after treatment are recycled and taken back into the process system. All data regarding treated water is uploaded online on the CPCB and PPCB portals to ensure real-time compliance”.