No entry to vehicles with Bhindranwale flags: Himachal CM 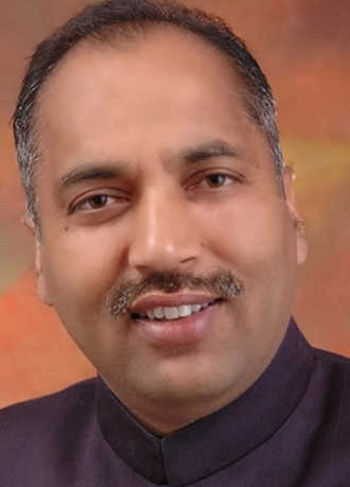 As the fear of communal tension has escalated, Chief Minister Jai Ram Thakur said the matter had been taken up with Punjab. - File photo

The Himachal Government has made it amply clear that vehicles with flags bearing photos of Bhindranwale will not be allowed to enter the state.

In the recent past, locals in Jwalamukhi and Mandi districts had objected to flags bearing Bhindranwale’s pictures atop vehicles coming from Punjab. As a result, vehicles bearing Himachal numbers were stopped at the entry point of on the Bilaspur border.

Communal harmony will be maintained: DGP

Himachal welcomes pilgrims of all faiths whether Hindus, Sikhs, Buddhists, Christians or others but any kind of provocation, which can result in communal disharmony, will not be allowed. Sanjay Kundu, DGP

As the fear of communal tension has escalated, Chief Minister Jai Ram Thakur said the matter had been taken up with Punjab. “We have high regard for the Nishan Sahib symbol and anyone is welcome to use it but flags with pictures of Bhindranwale will not be tolerated,” he added.

Videos of some youths belongning to a community from Ner Chowk stating that this area of Himachal was part of Punjab had gone viral. In retaliation, youths of Mandi posted their resentment against such acts.

DGP Sanjay Kundu said he would take up the issue with his Punjab counterpart so that there was no escalation of tension between the people of the two states or communities.

He said there had been no provocation from anyone in Himachal is a peaceful state and people from all faiths live here peacefully. So far, no police case has been lodged either in Punjab or Himachal.

Meanwhile, Prem Kaushal, spokesman for HPCC, said in Hamirpur that vehicles with flags and photos of Bhindranwale would spread fear and a sense of insecurity among people of Himachal. He urged the government to take stringent action against such vehicles.—