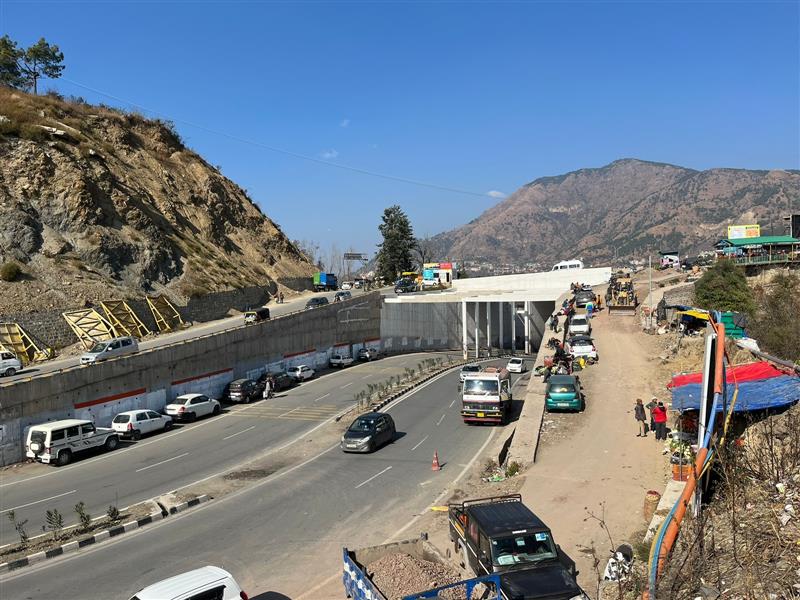 Residents demand a slip road to residential area from the national highway near Saproon Chowk on the Solan-Shimla highway.

The absence of a proper pedestrian path and a slip road for entering residential areas from the national highway near Saproon chowk is resulting in hardship for the residents.

Work will be done soon: NHAI

Ram Asra Khural, Project Director, NHAI, said the officials of the private company GR Infraprojects, which has executed the four-laning of that section of the highway, visited the site on Monday and the remaining work would be completed within the next few days.

Since the National Highways Authority of India (NHAI) has set up an underpass at Saproon, locals here have been inconvenienced as there is no slip road to connect it to their residential area. They have to take a U turn from the highway and travel on the opposite side for a few meters before entering the residential areas.

The travel on the opposite side is risky and is particularly worrisome for children and elderly. The residents want the construction of a slip road to facilitate them to reach their houses conveniently.

Deputy Mayor Solan municipal corporation Rajiv Kaura said this was a key issue which required immediate attention of the NHAI which was executing the four-laning work of the Solan-Shimla highway.

He said though a pedestrian path was carved out it was yet to be concretized and it poses problems whenever it rains. The issue has been taken up with the NHAI but the work was yet to be completed.

He added that they would meet the Public Works Department Minister in Shimla soon and seek his help in getting the work done from the NHAI or direct them to provide funds to the civic body to execute it themselves.

A population of 50,000 resides in the city and an equal number cross the highway or visit the city every day and the absence of a slip road is inconveniencing everybody, said the deputy mayor.

The MC staff has been flooded with complaints from the residents who have been demanding construction of a slip road to provide them access from the highway near Saproon.