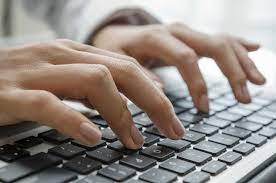 In an order to track and combat cyber crime in Kangra district, the police are all set to establish cyber crime cells in Nurpur and Palampur police stations.

In an order to track and combat cyber crime in Kangra district, the police are all set to establish cyber crime cells in Nurpur and Palampur police stations.

Khushal Sharma, SP, Kangra, who visited Damtal and Nurpur police stations and police chowkis at Dhangupeer and Kandwal, told mediapersons here that these cells were being set up specially in these police stations, keeping in view the rising cyber crimes. These would have the requisite technical know-how to handle and investigate cyber crime cases.

He said the police administration had started a skill development training programme for police personnel to hone their investigative skills.

“Under this programme, the stakeholders will undertake two-day skill development indoor training every month at the district headquarters in which resource persons would impart training to the police personnel in every field of their working,” he said.

The SP further said that in order to improve the living conditions of police personnel ‘Arkshi Adarsh Awas Yojana’ had been launched in the district in which police barracks would be given a facelift.

Underlining the need to curb the menace of drug trafficking, he said the police would do its best to snap inter-state supply line of synthetic drugs and break the financial back of main drug suppliers.

“Elected representatives of gram panchayats, local bodies and NGOs and even societies are also supposed to play a vital role in the rehabilitation of drug addicts and to save youngsters from falling prey to drug abuse,” he asserted.

He said the police would activate Nasha Nivaran Samitis constituted at the police station level to wean away addicts from drugs.