Of 975 offenders, 962 let off after fine till August this year 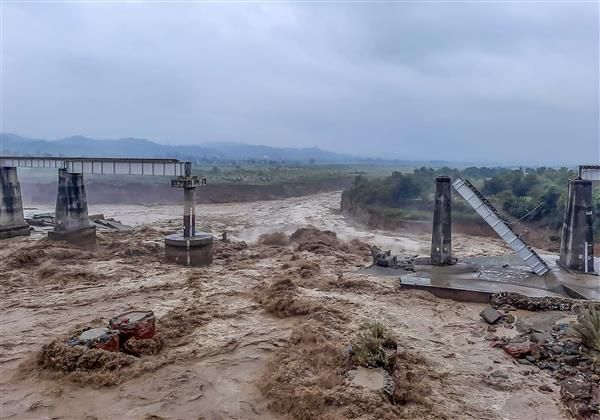 The issue of illegal mining in Kangra district has caught the attention of higher authorities after the collapse of a railway bridge over the Chakki rivulet last month.

The issue of illegal mining in Kangra district has caught the attention of higher authorities after the collapse of a railway bridge over the Chakki rivulet last month. As per official data, the fine collected by the district police in such cases has gone up by 40 per cent. However, despite the higher realisation of fine, there has been no let-up in illegal mining. Information procured from the police revealed in 99 per cent of the cases, offenders were let off after the imposition of fine and only 1 per cent cases reached the court.

Former SPs, including Sanjeev Gandhi, had written to the government to amend the relevant Act and allow the police to book the accused in illegal mining cases for theft of government property and make it a non-bailable offence. At present, under the Mines and Mineral Act, illegal mining is a compoundable offence and the offenders are let off after the imposition of a fine ranging from Rs 5,000 to Rs 5 lakh. However, Rs 5 lakh fine has never been imposed in Kangra district. Deputy Commissioner Nipun Jindal recently directed the officials to book the accused for theft of government property.