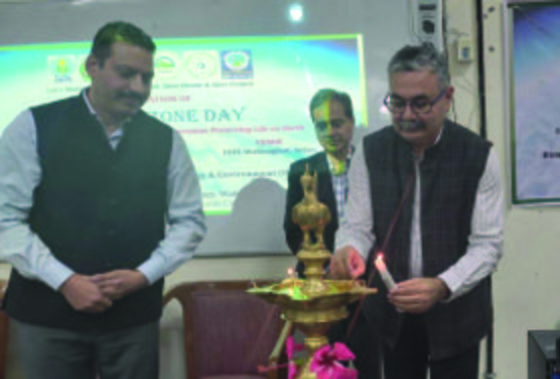 2K scholarships to be granted

Aakash BYJU’S in a campaign ‘Education for All’ will offer free coaching for NEET and JEE exams and scholarships to nearly 2,000 students of Classes VII-XII. The company will partner with NGOs, who can nominate students from economically weaker section, only girl child, and single parent (mother). The students will then appear for Aakash BYJU’S National Talent Hunt Exam 2022, scheduled to be held between November 5-13 across the country, both in online and offline modes.

NCC Group Commander Brigadier Rohit Dutta took stock of the NCC activities at St Bede's College, Shimla. He was given a guard of honour by the cadets of the NCC unit of the college. Dutta inspired the cadets to join the armed forces. He said that career in the defence was a great opportunity for young women. Commanding Officer Colonel DR Gargey said that the role of NCC was important in personality development of the youth as it teaches discipline, patriotism, unity and contribution to the development of the nation.