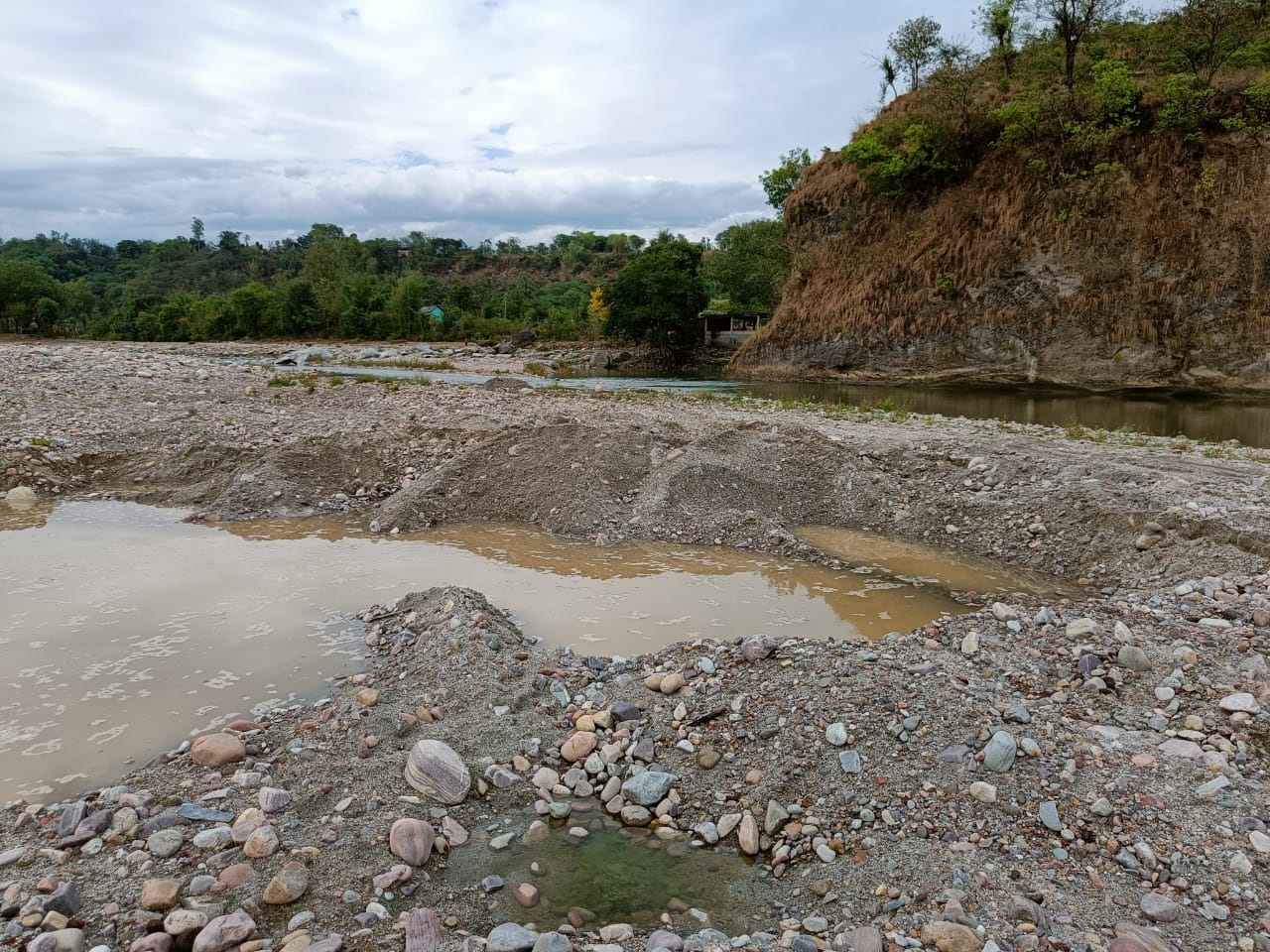 Deep trenches seen in the riverbed carried out with the help of JCB machines. Ravinder Sood

The contractor has been engaged by the IPH Department to construct water tanks for lifting drinking water from the Neugal river for a water supply project. The residents alleged that the contractor had been digging the riverbed using heavy machinery to extract stone and sand to be used in the construction work.

On Friday evening, a number of villagers reached the spot and forced the contractor to stop the work. They asked him to remove the heavy machinery from the river.

Talking to The Tribune, a group of residents, comprising Vijay Kumar, Narian Dass, Om Parkash Rana and Rajesh Kumar, said the contractor had been violating the directions of the HP High Court and norms of the NGT. “Instead of using crushed material, the contractor has been using sand extracted from the riverbed which is not permitted by the state government,” they said.

The residents said they were not against the construction of water tanks on the river, but opposing the illegal mining and unscientific extraction of mining material.

They said IPH officials should direct the contractor to execute the works as per law.