Built 40 years ago to connect 24 villages 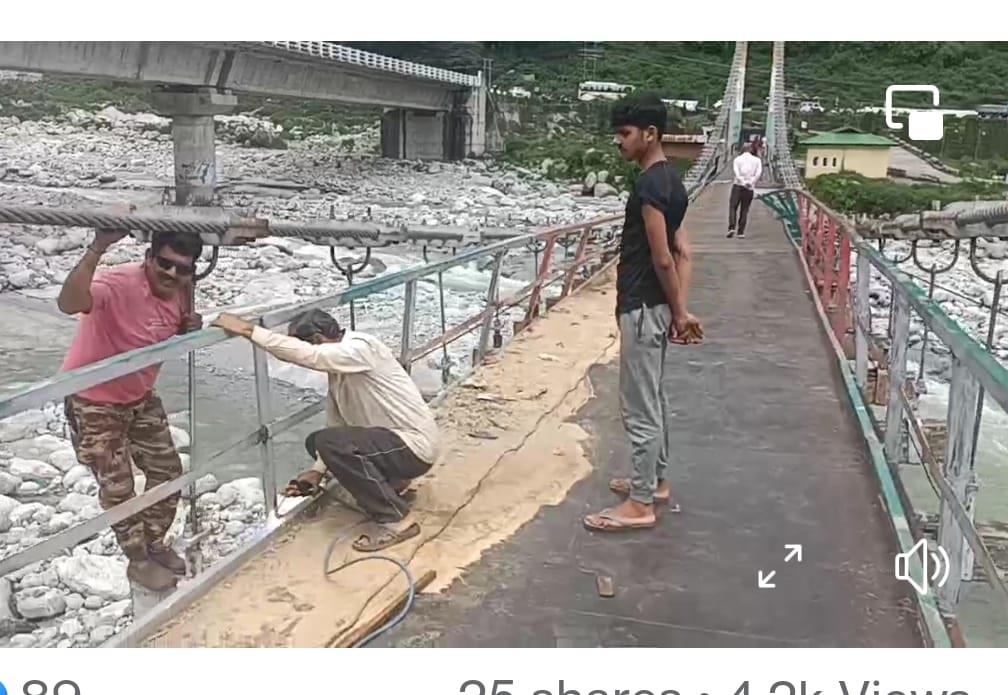 The government has repaired the steel cable suspension bridge, which was damaged because of heavy rain last week and closed to commuters. The cables and structures of the bridge had collapsed.

The Tribune had highlighted the issue in these columns. The bridge is a major tourist attraction and was also used by pedestrians daily.

As soon as the news appeared in The Tribune, the higher authorities swung into action and the Public Works Department (PWD) was directed to repair the damaged bridge on a war footing. Now, it has been opened for pedestrians and tourists.

The bridge is a heritage property in Palampur, which was constructed 40 years ago with the help of steel cables, connecting 24 villages. This bridge can also be seen in many films like “Shershah” based on the life of Capt Vikram Batra.

Thousands of tourists visit Palampur every year. Since the bridge is situated in the foothills of the Dhauladhars, it is a photography point also. It also connects to the Saurabh Van Vihar.