Party representatives can keep an eye on strongrooms: CEO : The Tribune India

Party representatives can keep an eye on strongrooms: CEO 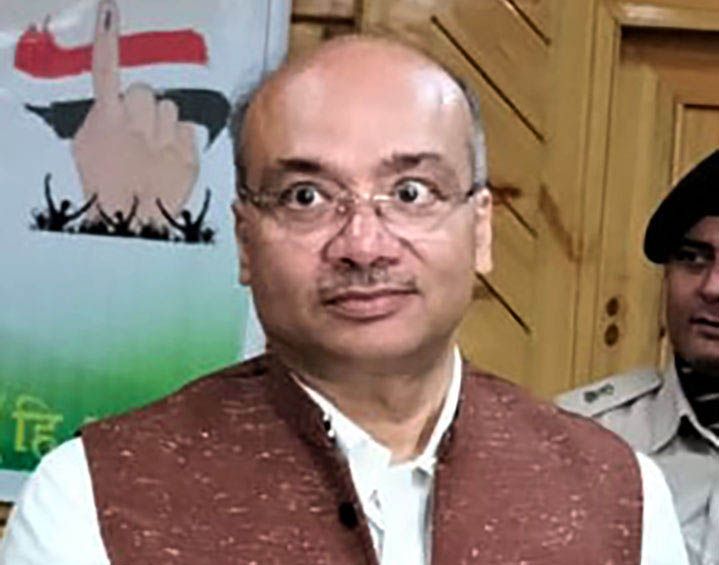 Chief Electoral Officer (CEO) Maneesh Garg today said that all candidates could depute their representatives to keep a close watch on strongrooms where electronic voting machines (EVMs) were stored.

Garg said that where no direct view of strongrooms was available, CCTV cameras would be arranged so that the party representatives could view their doors. “If desired, they can periodically be taken to the inner parameter of the strongrooms in batches, to see and verify security arrangements,” he added.

The CEO said that there was a three-tier guarding system for the strongrooms. “The first tier, which is the innermost parameter, is guarded by CAPF armed guards through the day. A minimum one platoon of the CAPF is deployed to guard each strongroom round the clock. The second tier was of the state armed police and the third of the district executive force, he added.

Garg said the strongrooms would be opened in the presence of Returning Officers, Assistant Returning Officers, candidates, their election agents and the ECI observer. “The entire proceeding would be videographed. No candidate or agent will be allowed to take mobile phones, I-pads, laptops or any other recording device inside the counting hall,” he added.

Every candidate is allowed to appoint as many counting agents as the number of counting tables, besides one for the Returning Officer’s table and another for postal ballots. — Maneesh Garg, Chief Electoral Officer