Pile-up near Atal Tunnel in Manali : The Tribune India

Pile-up near Atal Tunnel in Manali 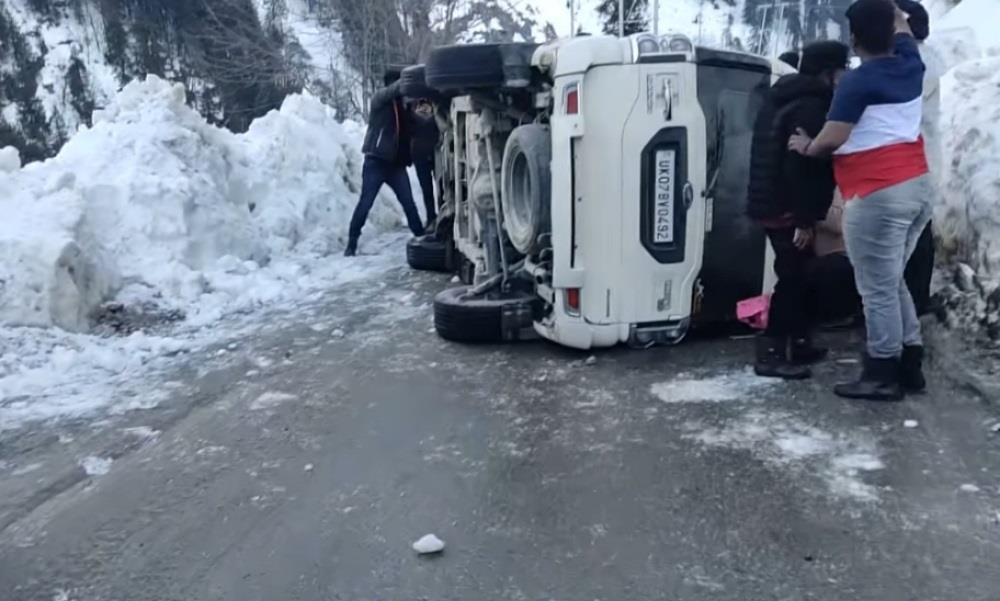 A vehicle overturned due to skidding near the Atal Tunnel in Manali on Sunday. Tribune photo

An SUV overturned while five other vehicles collided with one another due to black ice near Dhundhi on the approach road to the south portal of the Atal Tunnel near Manali.

According to information, the SUV, bearing Uttarakhand number, overturned after skidding and the vehicles following it also collided with one another. Most of the vehicles were from other states. They were coming from Atal Tunnel towards the Solang Nullah. However, no one suffered injuries and the vehicles also suffered minor damages.