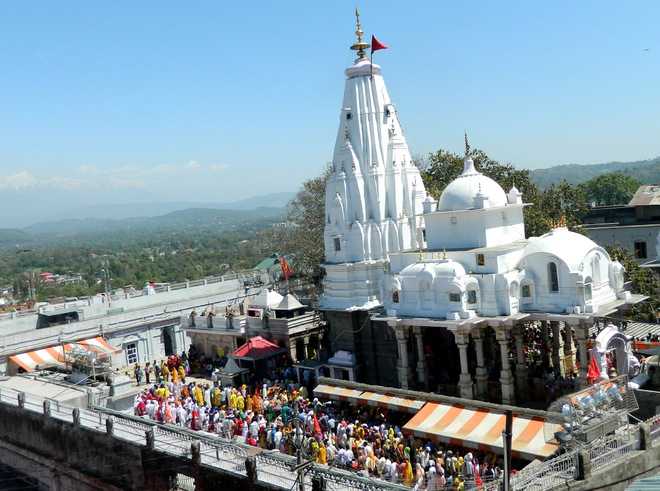 A large number of pilgrims held a protest when they found the gates of the Bajjreshwari Devi temple here in the morning closed. However, they were allowed to enter the temple.

The government had decided to close shrines which included Bajjreshwari and Jwalamukhi temples in view of the coronavirus scare. The temple gates were closed at 11 am when a large number of pilgrims, most of them from UP, arrived for darshan.

They protested against the local administration and government for closing down the temple gate abruptly. The said they should have been informed earlier that the temple was being closed.

Meanwhile, SDM Jatin Lal and SDPO Sunil Rana reached the spot along with a large contingent of the police. Commandos too were deputed to control the situation.

The SDPO said as per government directions, the temple was closed this morning. When the pilgrims reached here, they were persuaded to leave the place. But when they did not budge, the administration allowed them entry. They were asked to leave the Banganga locality to avoid infection.

Ram Prasad Sharma, chief trustee of the temple, said it was for the first time that the temple had been closed ahead of the Navratris. He said the government had taken this decision in public interest. The Jwalamukhi temple too was closed for pilgrims.