PM Modi to dedicate, lay stones of projects of Rs 11,281 crore in Himachal on December 27

Projects to be dedicated include 111 MW Sawra-Kuddu Hydro Electric Project constructed with an outlay of Rs 2,081.60 crore on river Pabbar in Shimla district 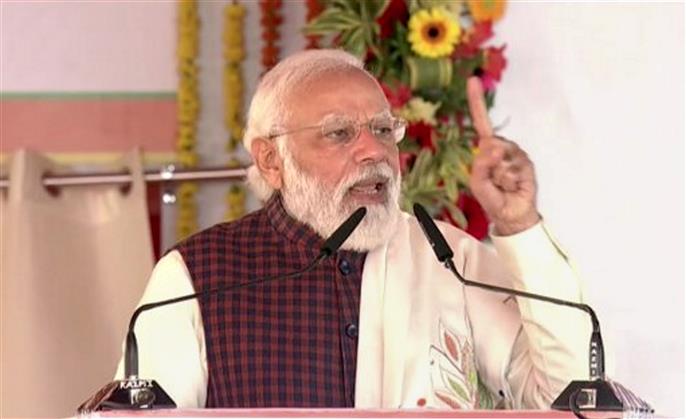 Prime Minister Narendra Modi would dedicate and lay the foundation stone of development projects worth Rs 11,281 crore in Himachal Pradesh on December 27 on completion of four years tenure of the BJP government.

The PM would also address the people of the state from Paddal ground in Mandi on the occasion of Bharat Ki Azadi Ka Amrit Mahotsav, Golden Jubilee of statehood of Himachal Pradesh.

The projects to be dedicated include 111 MW Sawra-Kuddu Hydro Electric Project (HEP) constructed with an outlay of Rs 2,081.60 crore on river Pabbar in Shimla district. The project would generate 386 Million units of electricity per annum which will generate annual revenue of about Rs 120 crore to the state, a spokesperson of the state government said here today.

The Prime Minister would lay the foundation stone of Shri Renuka ji Dam project, a national project conceived as a storage project of Rs 6,700 crore on Giri river in Sirmaur. The project would generate 200 Million units of energy in a surface power house with 40 MW installed capacity which would be utilised by the state.

The live storage of the dam would be 498 Million Cubic Metres, which would fulfill about 40 per cent of the drinking water requirement of Delhi.

Modi would lay the foundation stone of 66 MW Dhaulasidh Hydro Electric Project, which would be constructed with an expenditure of Rs 688 crore. The project is located on river Beas in Hamirpur and Kangra districts.

He would also lay the foundation stone of 210 MW Luhri Hydro Electric Project stage-I to be completed with an expenditure of Rs 1811 crore, a joint venture between Government of India and Government of Himachal Pradesh. The project is located on Sutlej in Shimla and Kullu districts.

The power generated from these projects would help in providing grid stability and improving the power supply position, besides adding valuable renewable energy to the grid.