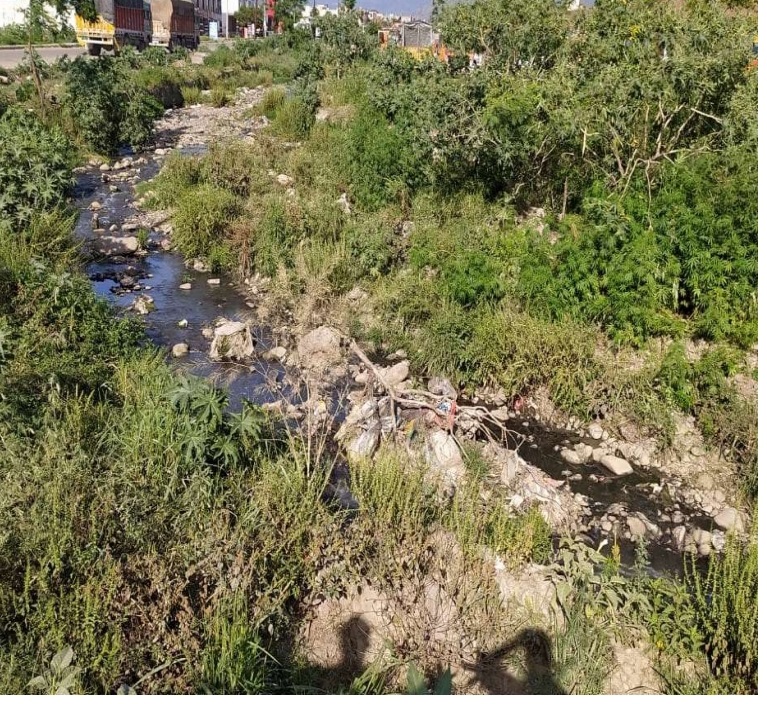 Water levels in downstream Sarsa river in Nalagarh shows a dip in three key parameters---dissolved oxygen stands at 15 per cent, biological oxygen demand (BoD) at 33 per cent and fecal coliform (FC) at 14 per cent.

There was a significant improvement in the upstream at Sitomajra Nallah---up to 25 per cent----but FC parameter has deteriorated adversely with 244 per cent increase.

These results come out a water quality monitoring exercise undertaken by the  State Pollution Control board(SPCB)  from January  20 to April 20.

This is despite the fact that many industrial units in the area have temporarily suspended their operations because of the lockdown----only 178 pharmaceutical units, as well as some food-based and ancillary industries, were operational in Baddi-Barotiwala-Nalagarh (BBN) belt until April 20.

An increase in the pollution load has put a question mark over industries’ pollution mitigation measures. With people failing to avail sewage connections in this belt, the rivers were bearing the brunt of sewage load causing high FC in the water.

Conversely, the air quality of the Baddi industrial area  has shown a sizeable improvement, with the respirable suspended particulate matter, which is particulate matter having diameter less than 2.5 micrometers, level taking a steep dip from 125  micograms per cubic meter (MPCM)  in January  to 64 MPCM on April 14. Parwanoo too witnessed similar improvement in air quality---it went down 48.7 MPCM to 35.2 MPCM in the same period.

Water quality of Sarsa river in Baddi was placed under ‘Priority III’ by the Central Pollution Control Board (CPCB) during an assessment based on the BoD released in September 2018. It was found to be between 8 and 16 mg per litre as against the safe limit of 3 mg per litre.

The CPCB,  in a report  called ‘River stretches for restoration of water quality’ had  also placed Sukhana river stretch  in Parwanoo  at Priority-I and Markanda River in Kala Amb  at Priority-II among  351 polluted stretches on 323 rivers. The SPCB is supposed to improve its quality within a time-bound manner.

SPCB Member Secretary Aditya Negi, said an inspection of industrial units found that hazardous waste management was lacking in some units while three were operating without effluent treatment plants for several years now. They were being served show cause notices. He added that most of the water bodies were dry or had little water clearly indicating that industries let-out their effluents into them while not treating them in the plants.