Power generation in Himachal Pradesh dipped by 5% in June : The Tribune India

Power generation in Himachal Pradesh dipped by 5% in June

Heat wave to blame as snow melted rapidly, affecting the flow of water in rivers 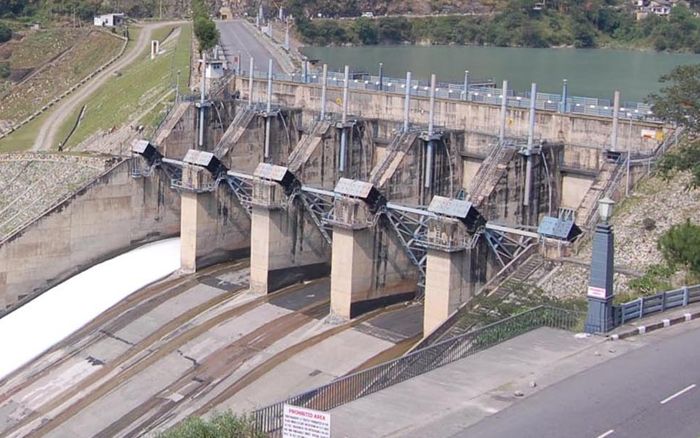 Despite abundant snowfall and favourable projections, power generation dipped by around 5 per cent in June compared to the corresponding month last year.

“The power generation has gone down because of the unusually high temperatures witnessed since March, leading to rapid melting of snow. As a result, water reduced considerably in the rivers by June, leading to the reduction in power generation,” said Additional Chief Secretary (Power) RD Dhiman.

The power generation had gone down because of the unusually high temperatures since March, leading to the rapid melting of snow. As a result, water flow reduced in the rivers by June. The state had to buy power at high rates. — RD Dhiman, addl chief secy (power)

“Our projections and estimates have gone off the mark due to the unexpected climatic changes,” said Dhiman, adding that the state had to buy power from power exchange at high rates due to the dip in generation.

Explaining the decline in generation further, an official from the Himachal Pradesh State Load Dispatch Centre (HPSLDC) said the water discharge reduced considerably in June as there was little snow left in the hills. “Most projects are operating only for eight to 12 hours in a day as there’s not much water available. This affects the generation,” he said.

Meanwhile, the demand for power has seen even greater variation over the last three months compared to the corresponding months of April, May and June last year. “There had been an increase of about 10 to 15 per cent power consumption in the last three months,” said an official from the HPSLDC.

“The major reason for such a sharp spike in consumption had been the high temperatures this summer. The heating load this summer had been pretty high as devices like air conditioners were used a lot,” the HPSLDC official said.

The official further said the state hit the peak generation in July and August, depending on the level of rainfall. “The projects run at their peak capacity in these two months and the generation goes up. Silt can cause problems in the first few rains of the monsoon, but it settles down shortly,” the HPSLDC official said.