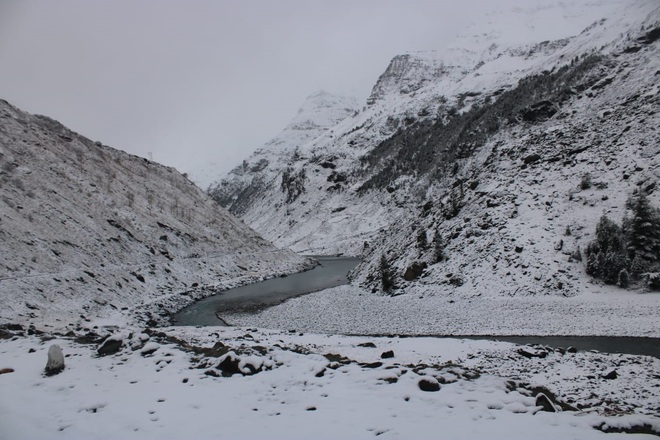 Save Lahaul Spiti Association has opposed the setting up of power projects on the basin of Chandra-Bhaga river. They fear that power projects in eco fragile tribal district Lahaul Spiti would adversely impact environment and force a displacement of a large number of families to other areas.

The association members have planned a campaign against the state government and pledged to unite the people of tribal district Lahaul Spiti over this issue.

Prem Katoch, president of the association, said that the state government was planning to set up power projects on the basin of Chandra-Bhaga river in tribal district Lahaul Spiti to use water source for power generation.

“We are going to start our protest march on December 29 against the state government over the issue. The protest will start from Bhunter in Kullu district, where a documentary ‘Peer Parvat See’ will be screened. In this documentary it would be displayed as to how Kinnaur district is experiencing natural disasters one after the other after setting up of power projects. Several families were displaced from the area” he added.

“We are against the decision of the state government because Lahaul Spiti, also known as cold desert, is an eco fragile area. Setting up of power projects will spell doom in the district. We are in favour of developing Lahaul Spiti district for eco tourism for which it has vast potential”, he added.

He said that according to information around 16 mini and micro power projects are proposed in Lahaul-Spiti by the state government. The MoUs for five projects had been signed during the investors meet at Dharamsala in last month.

Prem Deep Lal, member of the association, said a majority of residents and environmentalists are not in favour of power projects in this eco fragile zone, because it will spell disaster in the region.

He said that Lahaul Spiti is blessed with bounty of nature and the state government should develop this district for tourism purpose. After opening of Rohtang tunnel for traffic movement, Lahaul Spiti would be accessible for tourists round the year. So there is need to develop basic infrastructure for the promotion of eco tourism in the region.