Says 'we are seeking a referendum in Punjab, Once we liberate Punjab, we will reclaim the hill state' 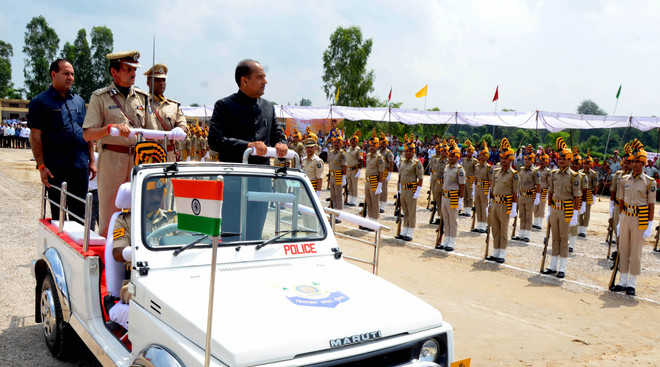 Pro-Khalistan group Sikhs for Justice has purportedly issued a threat that Himachal Pradesh Chief Minister Jai Ram Thakur will not be allowed to hoist the national flag in the hill state.

The threat was made through a recorded phone call to a majority of Shimla-based journalists simultaneously from 10:30 am to 12:30 pm on Friday. The caller identified itself as Gurpatwant Singh Pannun, the general counsel for SFJ.

"We will not allow Jai Ram Thakur to hoist Indian tricolour," he said, adding it was from the general counsel of Sikhs for Justice from Washington DC.

"We will not allow Chief Minister Jai Ram Thakur to hoist Indian Tricolour," the call further stated that, “Himachal Pradesh was part of Punjab and we are seeking a referendum in Punjab. Once we liberate Punjab, we will make sure that we take over areas of HP which were part of Punjab."

Some of the general public in Himachal Pradesh also claimed that they have received similar phone call.

The Himachal Pradesh Police in a tweet said: “We are in receipt of pre-recorded message from Pro Khalistani elements from oversees sent to some journalists. HP police is fully capable of securing the state and preventing anti-national elements to thwart peace and security in the state in corporation with the central security and intelligence agencies.”

US-based SFJ pushes for Sikh Referendum 2020 as part of its separatist agenda. The group's primary objective is to establish an "independent and sovereign country" in Punjab. It openly espouses the cause of Khalistan and in that process challenges the sovereignty and territorial integrity of India.