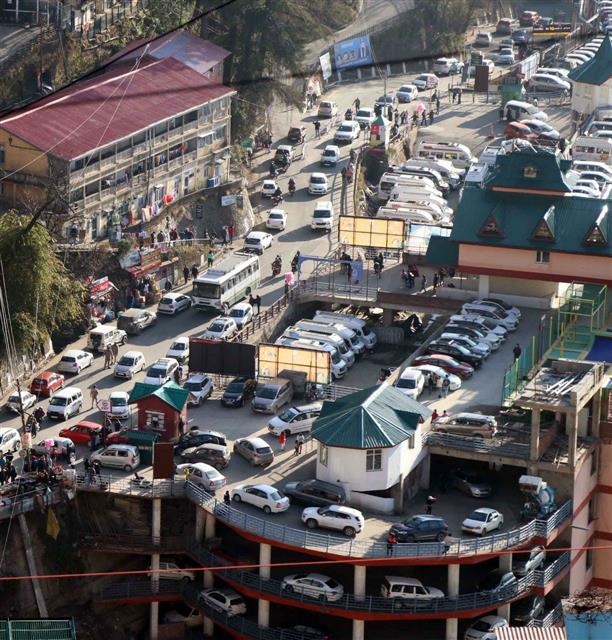 The parking lot in Shimla. File

A private firm that had agreed to operate the parking complex near the High Court area (adjacent to the lift) during the daytime as a temporary measure has now made two proposals to the local Municipal Corporation.

The owner of Shimla Tolls and Projects Pvt Ltd, which operates the parking lot near the lift, said they were running into losses by operating the complex just during the daytime.

In a letter submitted to the Shimla MC, Parmod Sood, MD of the private firm, said, “We have been suffering losses on a daily basis. Operating the parking lot just during the daytime is a temporary measure and it will be difficult to continue it for a long term. So, we have written to the Shimla MC that it may take over the entire parking project against the current book value on the condition that the civic body has to repay the loans taken and pay for the investment made for the construction. In our second proposal, we have offered the MC to take over the ground floor along with the commercial complex.”

MC Commissioner Ashish Kohli said, “The private firm was liable to pay the civic body on an annual basis, which it did not. It recently made a payment of Rs 25 lakh. After getting no relief from the HC, the firm has now moved the SC. The matter is sub judice and it won’t be appropriate to make any comments now.”

It is pertinent to mention here that citing major violations with regard to the construction and commercial activity at the parking lot, the Shimla MC had snapped the electricity and water supply of the building where the facility is located. Following this, the private firm operating the parking lot had closed down. Later, the Shimla MC took a firm stance on the issue and directed the private firm to resume the parking services as it has been causing inconvenience to the public and tourists. The firm then reopened the parking lot albeit for daytime only, citing that it couldn’t operate during the night in the absence of electricity and water.