Value drops to below 1 for India on the whole, including Kerala and NE, shows a study 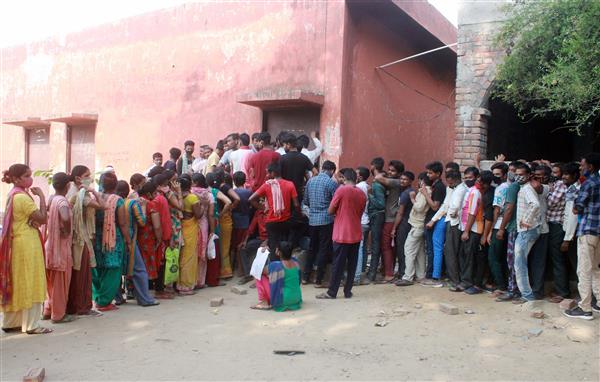 The reproduction number for coronavirus remains worryingly over 1 for Himachal Pradesh even though the R-number steadily declines for the rest of the country, a recent study by Chennai's Institute of Mathematical Sciences showed.

A study by researchers at the institution shows that the reproduction number, or R number—a parameter used to measure the spread of disease and shows how quickly an illness is spreading in a certain population—has been on a steady decline for India after it fell under 1 in the first week of August.

“India’s R has fallen to around 0.9,” Sitbara Sinha, who is leading the research, told PTI, citing their data.

Entry into Himachal only through registration on e-covid software

However, Himachal Pradesh continues to have an R value of above 1, although it reduced in the last few days, while Tamil Nadu and Uttarakhand still have R very close to 1, Sinha said.

The R-value of Kerala, which has the highest number of active cases in the country, is now below 1 after a gap of seven months, signalling a relief to authorities who have been struggling to bring down the injection levels in the state.

The northeastern states seem to have finally come out of the second wave, Sinha said.

The R-value between August 14-16, calculated by the researchers now stands at 0.89.

The R-value for Maharashtra, another state which has a high number of cases, is 0.89, the data shows.

The Reproduction number or R refers to how many people an infected person infects, on average. In other words, it tells how ‘efficiently’ a virus is spreading.

A smaller R indicates the disease is on a decline. Conversely, if R is greater than 1, the number of infected people is increasing in each round - technically, this is what is called the epidemic phase.

After the devastating second wave that saw hospitals and health infrastructure being overwhelmed by the patients infected by SARS-CoV2  coronavirus, the R-value started to decline.

During the March-May period, thousands of people died due to the infection while lakhs were infected.

The national recovery rate was recorded at 97.51 percent, the highest since March 2020. Less than 50,000 daily cases have been reported for 52 consecutive days.

It breached the value of 1.03 for the first time after the second wave during August 6-9. However, since then it has slowly started to decline.

Earlier this month, the central government said 37 districts across nine states, including Kerala (11 districts) and Tamil Nadu (seven districts) are still showing a rising trend in the average daily new Covid-19 cases over the previous two weeks even as the nationwide daily new infections continued to register a decline.

It said the R-value is more than 1 in five states—Himachal Pradesh, Punjab, Gujarat, Madhya Pradesh and Uttar Pradesh which remains a cause of concern. PTI