Rahul, Priyanka like my children, advice to them shouldn't be misunderstood: Himachal Congress chief Pratibha Singh : The Tribune India

Rahul, Priyanka like my children, advice to them shouldn't be misunderstood: Himachal Congress chief Pratibha Singh 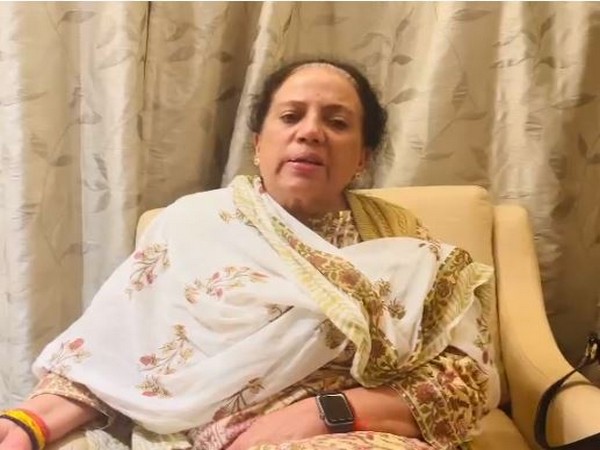 Himachal Pradesh Congress chief Pratibha Singh, who had claimed that Rahul and Priyanka Gandhi do not pay attention to senior leaders of the party and need to learn political manoeuvres, on Tuesday said the two leaders are like her children and her advice to them should not be misunderstood.

Singh, the wife of the former Himachal chief minister Virbhadra Singh is supervising the party's campaign for the Himachal Pradesh elections. She is an MP from Mandi constituency.

In a self-made video, Singh said, "There was an interview conducted recently where I spoke about the party and many other issues. But many things were misconstrued and portrayed in a different angle. Gandhi family is dear to our family. We consider them as our own family members. As far as my loyalty is concerned, my husband had an association with the party for the last 60 years."

"We also follow the same step and continue our dedication to the party and the leadership. As an elderly person, Rahul and Priyanka Gandhi are like children to me. If I say something or give advice to my children, that should not be misunderstood. It should not convey a different meaning at all," she added.

Earlier, Pratibha Singh had said there has been a growing dissatisfaction within Congress as Rahul and Priyanka Gandhi do not give importance and time to senior Congress leaders.

In an interview with a news portal, Pratibha Singh said Rahul Gandhi should learn political manoeuvres and take measures to address the generation gap in the Congress.

She said the basic problem in Congress is that senior leaders seek attention but the younger generation does not pay attention to them.

Singh stated that the new generation lacks the patience and maturity to bridge the gap.

This comes at a time when several state units including Rajasthan, Chhattisgarh, Bihar, Tamil Nadu and Jammu and Kashmir of the party have already passed a resolution urging Rahul Gandhi to become the president of the Congress. The presidential election in Congress is due on October 17.

Asked whether Rahul should again lead the Congress, the Himachal Pradesh unit chief said it is up to the Wayanad MP if he wants to devote time to the party, or wants to do other things in life.

She said in case Rahul does not want to take the charge then there are many competent leaders in Congress who can lead the party.

She claimed had Rahul Gandhi listened to senior party leaders, the Congress would have been in a much better position today.

Referring to veteran leader Ghulam Nabi Azad's departure from Congress, Singh said the younger generation leaders could have called Azad and sorted out the issues.

In the 2017 state elections, the Bharatiya Janata Party (BJP) bagged 44 of the total 68 seats and formed the government in Himachal Pradesh. Congress managed to get only 21 seats.

Congress sources said Rahul Gandhi will not return to Delhi leaving the party's Bharat Jodo Yatra. Presently, the yatra is in Kerala and will enter Karnataka on September 29. The last date for filing a nomination is September 30.The election for the Congress president is set to be held on October 17, the result of which will be declared two days after the polling on October 19.