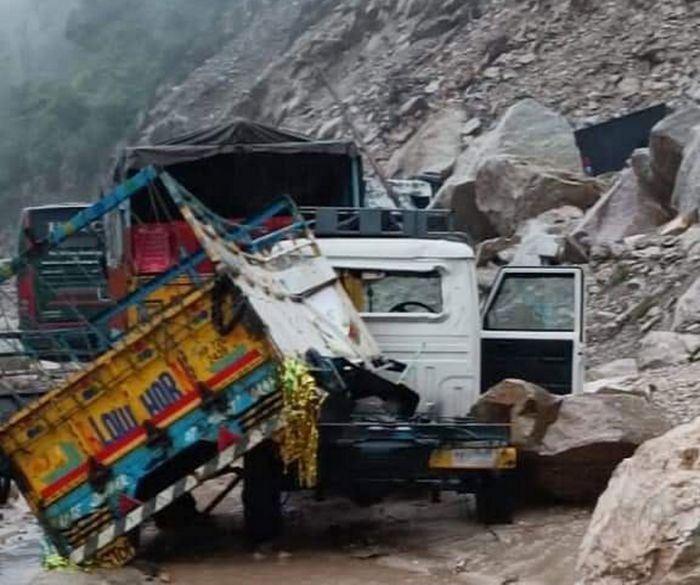 It had been raining heavily since morning, triggering a massive landslide at 7 Mile on the Chandigarh-Manali highway, a few km ahead of Mandi towards Kullu. Traffic came to a halt on the highway and a large number of vehicles were stuck. One jeep was damaged, but no loss of life was reported.

A landslide took place at Jangambag under Chambi panchayat in Sundernagar, damaging a house. Nine members of a family ran out safely from the house but a woman Kulvanti Devi, aged 68, was trapped in the debris. The administration led a rescue operation and evacuated the victim after 4 hours.

Due to heavy rain, agricultural land and link roads in the Balh valley submerged in the waters of the Suketi river, causing a considerable damage to crops and affected traffic. At Bhadyal village in the Balh valley, a car, carrying two persons, was trapped in the flooded water on the road. With the help of locals, the car and its occupants were pulled out safely.

Part of Manali NH under water

Due to a drastic increase in the Beas water level, the Chandigarh-Manali highway at Dwada was inundated. Till the filing of the report, this highway was blocked to traffic