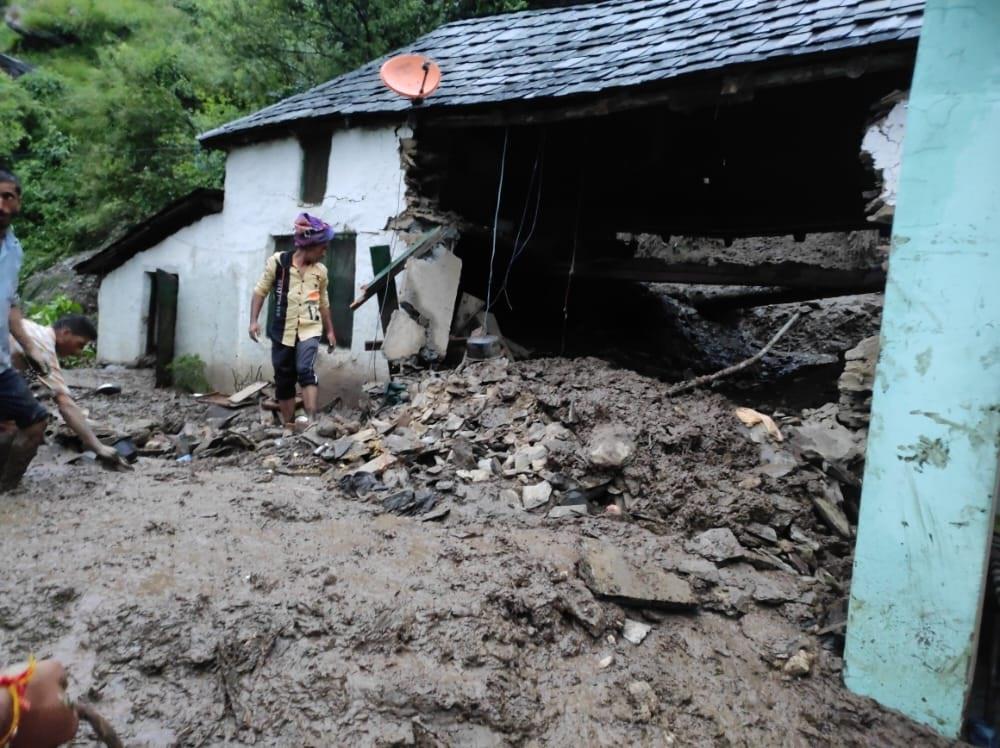 A house that collapsed in Chudana village of Chamba district.

Notwithstanding the devastation and damages worth Rs 1,721.35 crore caused by rains and landslides, the highest in last five years, the monsoon still remains 3 per cent deficient in the state this year.

Interestingly, though the state has received 3 per cent deficient rains as compared to -13 per cent in 2021, -26 per cent in 2020, -10 per cent in 2019, the damage in terms of monetary loss has been the highest in the last five years. The state had received 17 per cent surplus rains in 2018. While all the state highways have been restored, 76 link roads still remain disrupted as restoration work is being undertaken on a war footing.