Confusion prevailed over lifting of restrictions 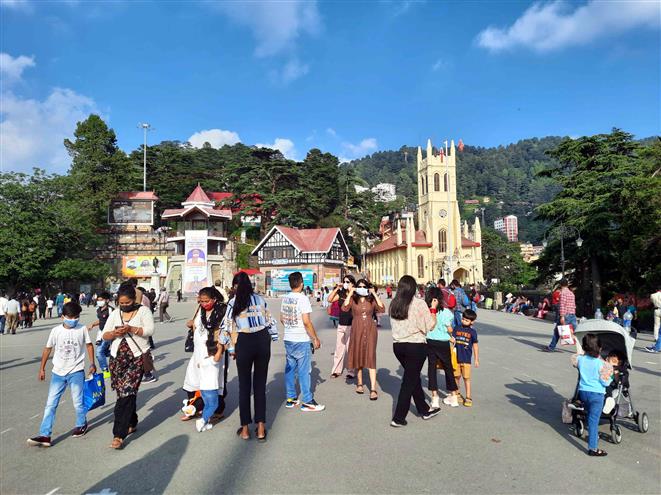 Confusion prevailed in Kangra district on Wednesday over the relaxations given by the state government in coronavirus restrictions.

In a Cabinet decision taken yesterday, the government decided to allow all shops to open till 8 pm from July 1st.

It was also decided that the restrictions on state borders would be lifted on July 1st and condition of corona e-pass for entry into the state would be removed.

However, in a late-night decision the government decided to give said concessions with immediate effect.

In the morning hours, the local shopkeepers lined up before authorities asking them to clarify over timings for relaxation in curfew.

The situation became clear only in the afternoon when the district magistrate Kangra issued orders that the shops would be allowed to open up till 8 pm in the evening from today onwards.

In another order released later, the district administration stated that all restaurants and dhabas would remain open on weekends and weekly closure day would be declared by local administrations.

Deepak Kumar, who runs a fast-food joint, said he was enquiring from local officers in Dharamsala about the timings for opening up shops.

However, none of them was clear about it. It was only late in the afternoon that we were informed that the shops would be allowed to open up till 8 pm in the evening, he said.

The tourists and other commuters were also allowed free entry from state borders of Kangra and Una district right from the morning hours. The police officials lifted their barricades on interstate borders.

The move of state government to allow free entry of tourists was welcomed by the hotel and tourism industry of Kangra region.

Ravi Sharma, general manager of a local hotel, while talking to The Tribune said that most of summer tourist season has been washed away due to the second wave of coronavirus pandemic and restrictions imposed due to it.

It was good that the government has lifted all restrictions from state borders. It would encourage tourists at least from adjoining states to come.

We hope that new ease in restrictions would bring in tourists to Kangra region before the onset of monsoon season, he said.

Raghav Sharma, DC, Una, said that all restrictions or Covid e-pass were removed from state borders right in the morning as per government orders.