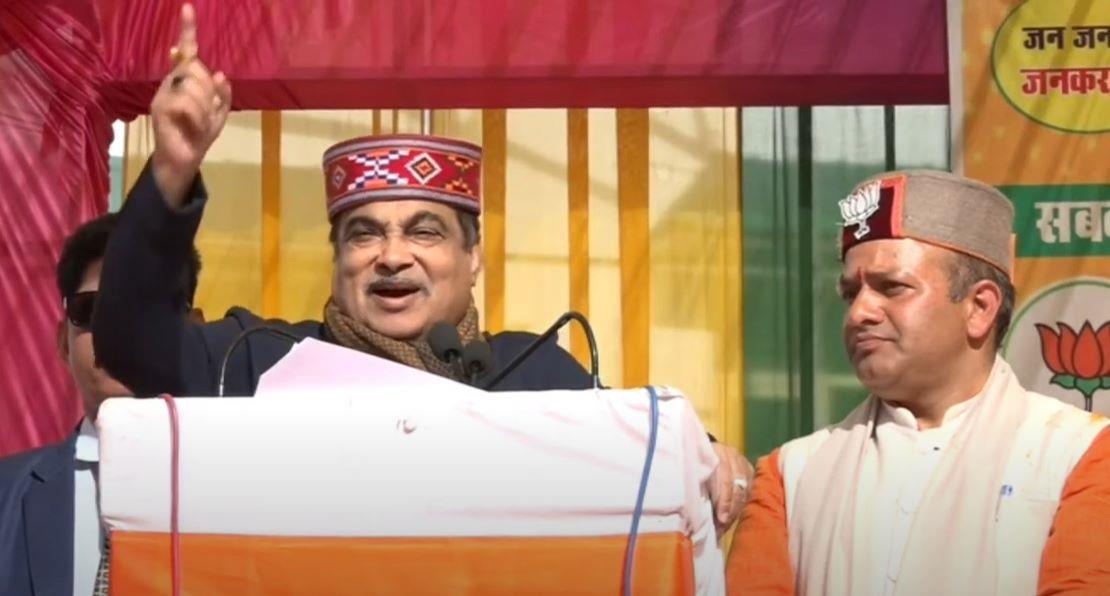 He said that the Union Government had approved a ropeway connecting Mamor to Killar area of the Pangi valley and Bharmour to the Bharmari Mata temple.

Gadkari urged the people of Bharmour to elect BJP candidate Janak Raj to ensure rapid development of the region. He said he would ensure that the work on the Pathankot-Bharmour national highway was expedited. He added that Rs 184 crore had been sanctioned for the construction of the Pathankot-Bharmour national highway. The Central Government was spending Rs 60,000 crore for making tunnels in Himachal Pradesh.

He said that the Central Government had given a boost to infrastructure in Himachal. “The Atal Tunnel has been completed. Four more tunnels have been planned on the Manali-Leh road to make it an all-weather road. The work on the Zojila Pass tunnel in Leh is almost half complete and it will be highest-altitude tunnel in the country,” he added.

Gadkari said that he would soon launch solar-fitted tin sheets that were used for constructing houses in Himachal. “It will usher in a new revolution and boost the generation of solar power in the state. Technologies are being developed to replace the fossil-fuel technology with electric and hydrogen power vehicles. I will like the people of Bharmour to switch to electric vehicles or use hydrogen-powered vehicles,” he added.

He said that Chief Minister Jai Ram Thakur had made him aware of the difficulties of Bharmour area and so the Central Government was considering schemes like ropeways, cable cars to provide easy access to these hilly and difficult areas.