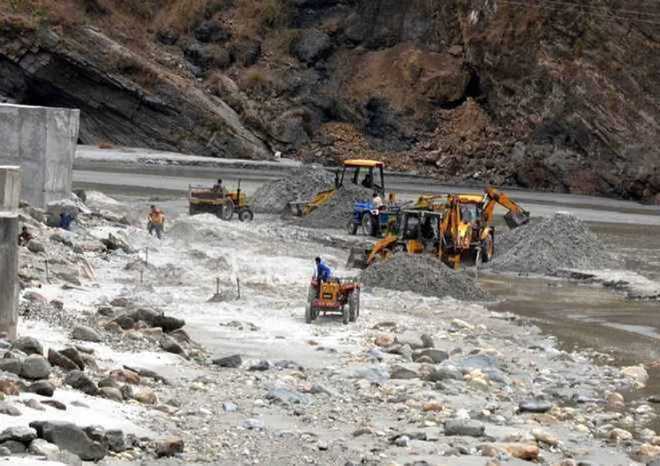 Stone crusher owners in Himachal have alleged harassment at the hands of authorities in Punjab. They claim miscreants indulging in illegal mining in connivance with the officials concerned are not allowing the transport of their material to Punjab without paying ‘goonda tax’.

Sanjeev Kumar, owner of a stone crusher in Una, said even as they had all valid documents, the Punjab authorities had been stopping them on the pretext that their material had not been mined as per the NGT guidelines.

Industries Minister Bikram Thakur, who also holds the mining portfolio, alleged goons controlling mining operations in Punjab were harassing crusher owners based in Himachal. “It appears that such unscrupulous persons enjoy support of the Punjab Government. Many HP crusher owners have moved the Punjab and Haryana High Court against ‘goonda tax’ being collected from them in Punjab,” he said.

Thakur said, “We take strict action against those resorting to illegal mining, but those doing legal business should not be harassed. I will write to the Punjab Government.”

RN Dhoke, ADGP, who heads the first Enforcement Directorate formed to check illegal mining in Punjab, said only those transporters were stopped who did not have valid documents.