Even after being cleared by the Centre, the proposal will be forwarded to the Ministry of Jal Shakti, which will further seek approval of the Cabinet Committee on Economic Affairs 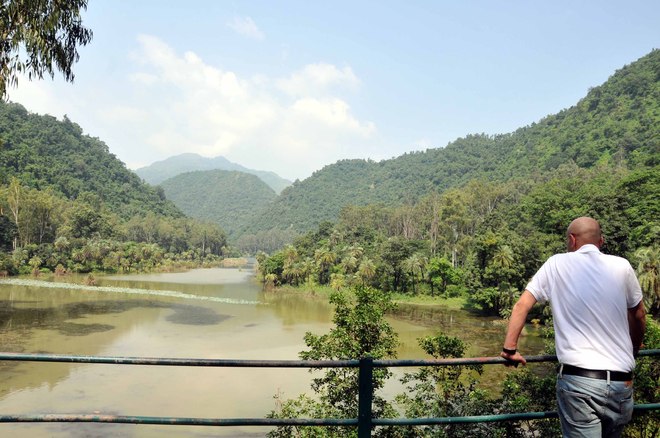 A view of the Renuka Lake

With an eye on the Delhi Assembly elections, the Central Government has accepted the proposal of Rs 6,946.99 crore for Renukaji Dam project for the state-run HP power development corporation Ltd (HPCL). The project has been hanging fire for years for want of funds.

This proposal for investment clearance, however, has to clear two more hurdles: it will go to the Ministry of Jal Shakti that further will seek approval of Cabinet Committee on Economic Affairs (CCEA), sources said.

The Delhi Government has been blaming the BJP government for delay in execution of the dam project of national importance.

The technical advisory committee (TAC) of the Ministry of Water Resources, River Development and Ganga Rejuvenation has accepted the Rs 6,946.99 crore proposal for Renukaji Dam project in a recent meeting held in Delhi. The Centre conveyed this today to the HPCL, said HPCL’s spokesperson.

This will pave the way for the release of funds worth Rs 577.62 crore to the state Compensatory Afforestation Fund Management and Planning Authority. Renukaji 148 m high rock fill dam on Giri river at Dadahu in Sirmaur will ensure 49,800 ha m of live water storage in its reservoir and a firm water supply to the tune of 23 cumecs to Delhi.

An agreement for the Renukaji Dam Project was signed in Delhi among six states, Uttar Pradesh, Haryana, Himachal Pradesh, Delhi, Rajasthan and Uttarakhand in January, 2019. The project will generate 40 MW power during the peak flow. The total submergence area of the project is about 1,508 hectares. After the construction of dam, the flow of Giri will increase about 110 per cent which will meet the drinking needs of Delhi during the lean season.