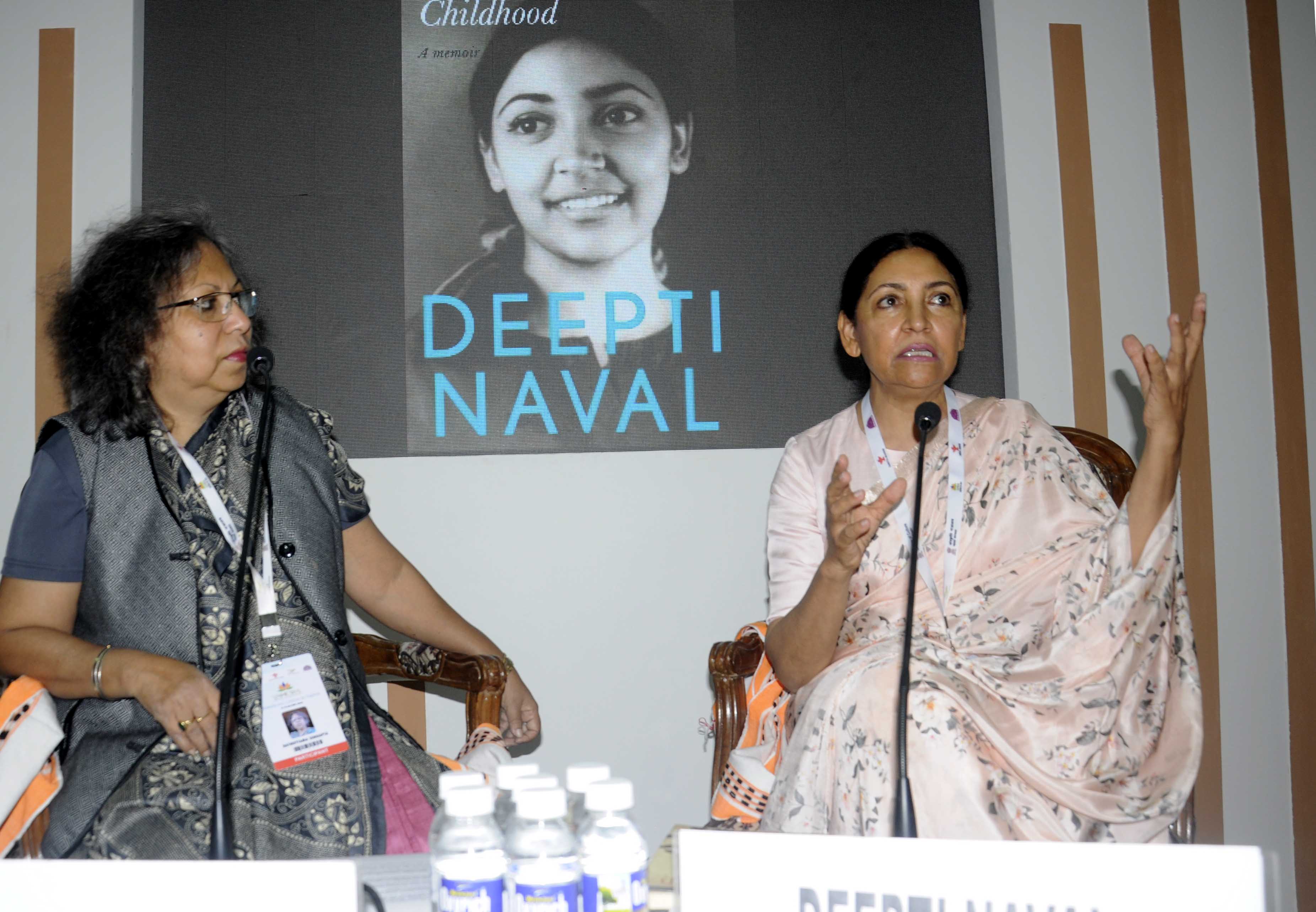 Deepti Naval during the International Literature Festival at Gaiety Theatre in Shimla on Friday. Lalit Kumar

Having recreated the Amritsar of 1950s and 1960s in her soon-to-be-released memoir ‘A Country Called Childhood’, Deepti Naval is saddened to find the historic Jallianwala Bagh renovated “into a selfie point”.

“I was happy to see how the Golden Temple has been maintained. But Jallianwala Bagh should have been left untouched, it’s a place of mourning and you have changed it into a selfie point,” said the distinguished writer and actress after her session ‘Words and Worlds’ on the second day of the International Film Festival here today.

“And it has been painted pink… the blood has flown on that land, it should have been left as it was, something very wrong has happened,” she said. Looking heartbroken, she cited the example of Hiroshima where, she said, the bombarded monuments and buildings have been left untouched till date. “A visitor immediately gets a sense of the tragedy the place endured, and that’s how it should be,” said Deepti Naval.

Naval said she did not visit Amritsar before she finished the book. “I consciously stayed away because I did not want today’s city to cloud the memories and recollections from my childhood,” she said.

Naval spent the first 18 years of her life in Amritsar and then she flew away to America. “The book is all entirely about my childhood, my growing up years in Amritsar,” she said. And is it a tell-all memoir? “I did not have much to hide from my childhood. A few things I was embarrassed about are also there in the book,” said Naval, adding that she had started working for the book 20 years back. “I had started taking notes. Every time I would remember something, I would jot it down.”

During the session, she recited some of her poems with ‘Smita (Patil) and I’ drawing huge applause from the audience. “I wrote this when she was gone, and I was going through pretty rough times,” she said. As for organizing such literary festivals, Deepti said the more the better. “It’s an altogether different feel to interact face to face with the audience. And then you learnt a lot from others, like I really enjoyed the session chaired by Gulzar sahab on Cinema and Literature,” she said.