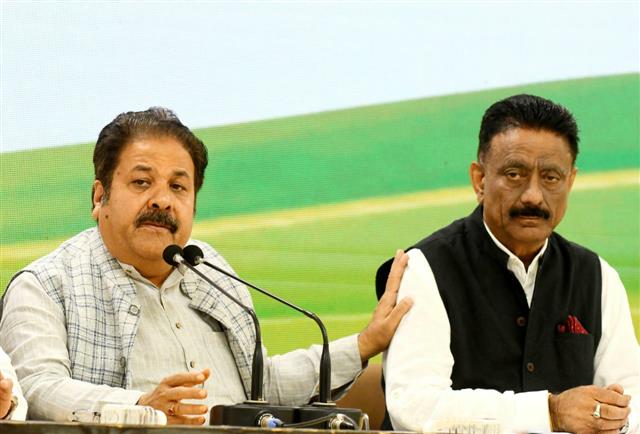 On the eve of Prime Minister Narendra Modi's Himachal Pradesh visit, the opposition Congress on Friday said the union cabinet's recent approval to Scheduled Tribe status for the state's Hatti community was a mere poll gimmick in the absence of parliamentary approval and was meant to mislead the locals.

AICC in charge for Himachal Rajeev Shukla dared the government to call a special session of Parliament to approve the amendment to the Constitution’s Scheduled Tribe Order as cleared by the cabinet recently.

He said, "A cabinet decision is merely a 'jumla'. It means nothing unless Parliament passes the bill. Let the government call a special session before the Himachal elections and pass the bill granting Scheduled Tribe status to Hattis if they mean what they say."

Addressing the press here, Shukla accused the BJP government in Himachal of misleading the PM on the state of youngsters and said that 5.2 lakh youths were jobless, 66,500 government posts were vacant, Himachal's share in the Armed Forces, which is currently four per cent is likely to drop due to protests against Agnipath scheme, and the state is reeling under a debt of Rs 70,000 crore.

"Let the PM first answer the above questions," Shukla said, questioning state funding of the PM's rally on Saturday in Himachal.

Shukla also urged the Election Commission to take note of the Himachal government spending on the PM's programme ahead of state elections due soon.

Party's national spokesperson and former Himachal unit chief Kuldeep Rathore raised the issue of local apple industry being hit due to influx of apples from 40 countries and asked the PM to fulfil his past poll promise of slapping 100 per cent duty on imported apples.

"The PM at an earlier rally in Mandi had promised that Pepsi and Coke would include five per cent fruit juices in their drinks. What happened to that? Also 18 per cent GST on apple boxes must be revoked," said Rathore.

Hattis are a 1.5 lakh-strong close-knit community in Himachal's Sirmaur and have their own decision making process through community panchayats called Khumblis.