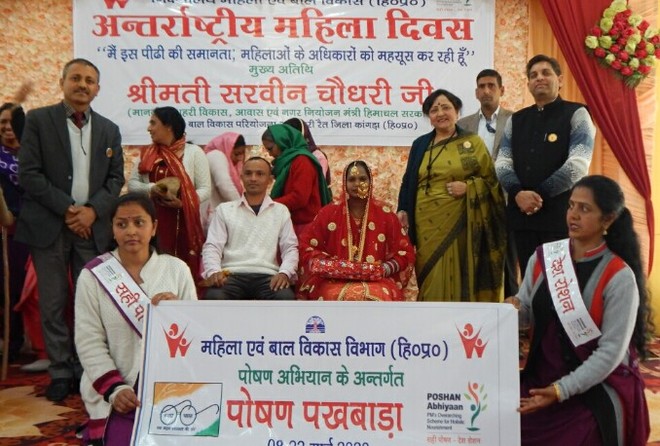 Urban Development, Housing and Town Planning Minister Sarveen Chaudhary today said along with creating women welfare and uplift schemes, several new schemes had been launched to ensure active participation of women and equal opportunities for them.

Chaudhary was speaking at the International Women’s Day programme organised by the Women and Child Welfare Development Department at Rait today.

She gave a call to women to come forward and join hands in the development of the state. The

minister expressed concern over the declining sex ratio in some areas.

She said it was the collective responsibility of all to bring positive changes in the mindset of people against discrimination between a son and a daughter. She said the Himachal Government would give Rs 600 each to Asha workers for examination in rural area and Rs 400 in the urban area. She said the process of linking them with e-marketing, e-commerce platform would be initiated for the sale of products that were being prepared by women in self-help groups in urban areas so that these groups could get a better market value for their goods.

Cultural performances were presented by Anganwadi workers. Twentyseven women and three daughters were awarded a citation for outstanding work.