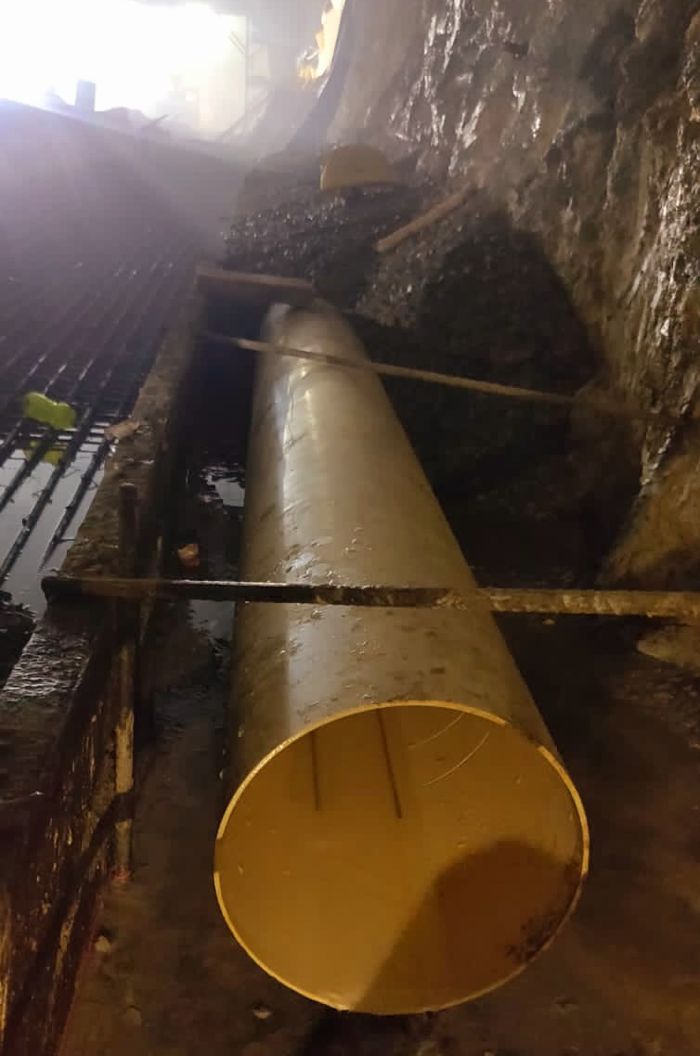 Tunnel water harvesting by the NHAI in Nela tunnel on the Kirathpur-Manali NH.

Seepage water coming into the tunnel from mountains will now be harvested and collected in water tanks to be used as potable drinking water or for agricultural and other activities.

In an experiment, first of its kind in Himachal, the National Highways Authority of India (NHAI) has successfully harvested seepage water in the 1245 metres long Nela tunnel in Nela village between Nerchowk and Pandoh on the Kirathpur- Manali Highway.

“The water which pours from right and left side of the tunnel into the rubber sheet inside the concrete walls is collected in a chamber which is connected through pipeline and 30,000 litres of water is collected per day and the volume may increase during the monsoon”, said Regional Officer NHAI, Shimla, Abdul Basit.

We will be able to harvest precious water, which was earlier wasted, and use it for drinking and other needs. This is almost pure natural mineral Himalayan water. — Abdul Basit, regional officer, NHAI, Shimla

“By this unique initiative, we will be able to harvest precious water, which was earlier wasted and use for drinking and other needs. This is almost pure natural mineral Himalayan water. The initiative would be implemented in all the ongoing (wherever possible) and upcoming projects, including Kaithlighat-Dhalli section of Parwanoo - Shimla four laning project in which five tunnels measuring five kilometers in length are to be constructed”, he added.

A water tank would be constructed as per norms to store the water and local panchayats and NGOs would be roped in to manage distribution of this collected water for drinking, agriculture and other purposes, said NHAI authorities. About 35 tunnels would be constructed in seven projects being undertaken by the NHAI in the state. As per a rough estimate 70 to 80 per cent of tunnels have seepage.

Chairperson NHAI Alka Upadhyaya has appreciated the initiative of the NHAI Shimla and assured to provide all possible support. The NHAI would also release a two-minute video of tunnel water collection.