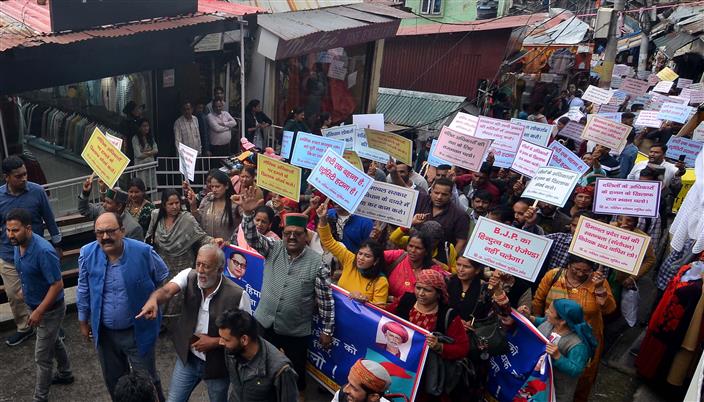 CPM MLA Rakesh Singha has apologised for “anti-Hindu” slogans raised during the procession of Dalit Shoshan Mukti Manch here on Tuesday. The manch had taken out the march to protest against the Freedom of Religion Act (Amendment) Bill 2022, passed by the Assembly in the Monsoon Session. Slogans raised during the march left some Hindu organisations and BJP leaders offended. Some slogans raised were wrong, sentiments of the people have been hurt. I did not raise those slogans, but I take the responsibility as I was leading the march. I apologise for it and the matter should end here,” said Singha.

Even as Singha tendered an unequivocal apology over the slogans, he made it clear that their opposition to the amendment in the Act would continue.

“We are not against any religion. We will, however, continue to oppose the amendment to the Act. We will shortly challenge it in the High Court,” said Singha.