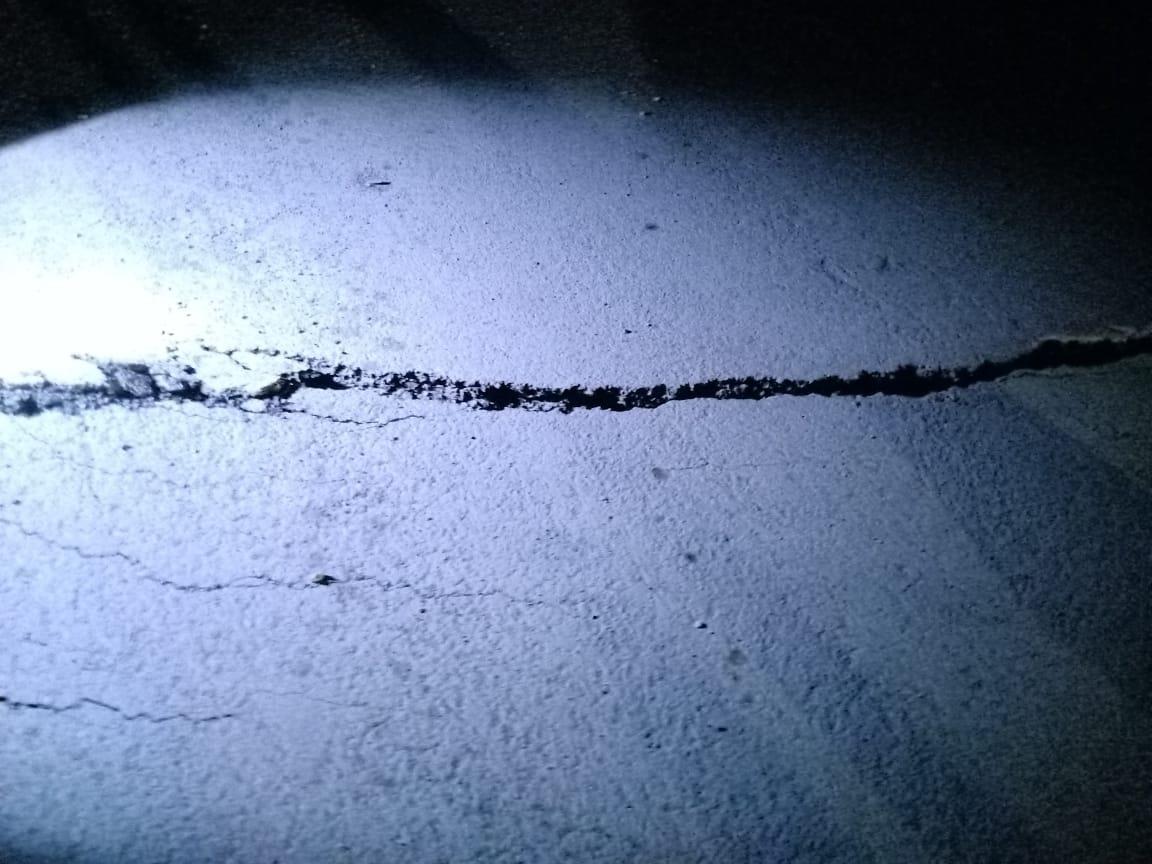 Cracks appear on a stretch of Shimla-Kalka highway near Vaknaghat.

The Shimla-Kalka National Highway was blocked near Kiari Bangla, near Kandaghat, in Solan district, at around 9pm on Monday as the road developed cracks following a landslide.

The work for widening of road is under way on the stretch. The national highway would be opened in the morning as driving on the stretch has become risky due to cracks.

Long queue of vehicles stranded on both sides of the road are being diverted via Sadhupul-Junga -Shimla road and Shimla-Jubbarhatti-Konihar route, said Shimla ASP Praveer Thakur.

The commuters are advised to take alternate route to avoid inconvenience, he added.