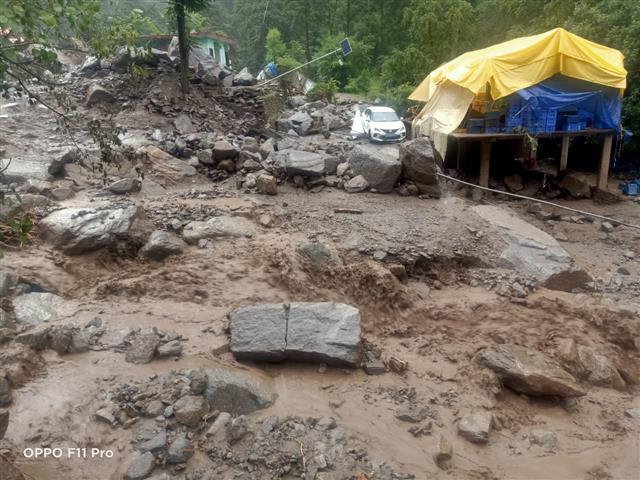 The flash flood at Ani.

A cloudburst reported in Ani area of Kullu district on Thursday morning created havoc in the region.

According to police, a house collapsed at Khaded village in Chowai area of Ani subdivision, leading to the death of a woman of 60 and a girl of 16.

Five vehicles were washed away in the flash flood at Deuthi village. Ten shops at Ani were damaged by the flash flood. There is a threat to the bus stand at Ani.

Due to heavy rain, the Beas river and its tributaries are in spate. The Kullu and Mandi administrations have asked the people to avoid venturing close to rivers. Many link roads in Kullu and Mandi have been blocked due to landslides.

The Manali-Leh highway has been blocked due to a drastic increase in the water level at Pagal Nullah in Lahaul and Spiti.