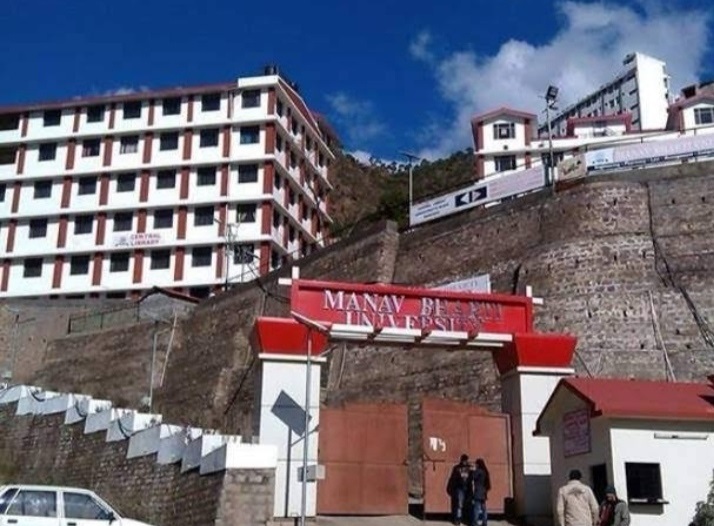 Manav Bharti University, Solan, in the dock in mega fake degree scam, has awarded only 922 degrees on record as per the disclosure made by former registrar Anupama Thakur in February 2020.

Manav Bharti University, Solan, in the dock in mega fake degree scam, has awarded only 922 degrees on record as per the disclosure made by former registrar Anupama Thakur in February 2020, just a month before a case was registered against the university and raids were conducted by a Special Investigation Team (SIT).

Thakur, who had appeared before the education regulator, stated that only three convocations were held since the university was established in 2009. As many as 194 students were awarded degrees in the first convocation and 728 in the second and third convocations.

The MBU allegedly indulged in irregularities since its inception. An expert committee, constituted by the education regulator in 2011, had pointed out that the university had violated the admission norms by admitting students in unapproved courses and also allowed admissions to students not fulfilling basic qualification. Besides, the university did not appoint adequate faculty and other staff and lacked infrastructural facilities.

It was revealed that the university was running three unapproved courses, B Pharma (Ayurveda), Bachelor of Hotel Management and Catering Technology (BHMCT) and Diploma in Naturopathy and Yoga. As many as 115 students with re-appear and compartment were admitted in 11 courses without holding entrance examination following which the then HPPEIRC chairperson Sarojani Ganju Thakur imposed a penalty of Rs 1 crore on the university in April 2012. Interestingly, 470 students had passed out from the university till December 2013 of which 194 were awarded degrees but the details of the pass-outs and the degrees awarded did not match with figures in the enrolment register.

Some students, who regularly attended classes and appeared in the examination as per the norms, complained that they had got the mark sheet but not the degree. “I was among the few students who stayed in the hostel and regularly attended classes and also possessed the photographs with dignitaries visiting the university, but was not awarded a degree by the university,” said Aman, who completed his LLB from MBU.

Complaints of MBU awarding fake degrees through unauthorized study centres started pouring in in 2015. As per the report of the fact-finding committee, 27,000 degrees were printed by the university of which 194 were awarded, 36 were cancelled while the remaining 26,770, without security features, were lying unutilized.

“My son told me that a number of students used to come to the university just for formality and never attended classes but they secured more marks than the studious students”, said Ishwar Dutt Chandel, father of a student who completed his B.Tech from MBU.

Education regulator Maj Gen Atul Kaushik (Retd) maintained that the commission had handed over the documents regarding admission disclosure of about 4,000- 5,000 students and details of disputed cases to the SIT probing the cases.