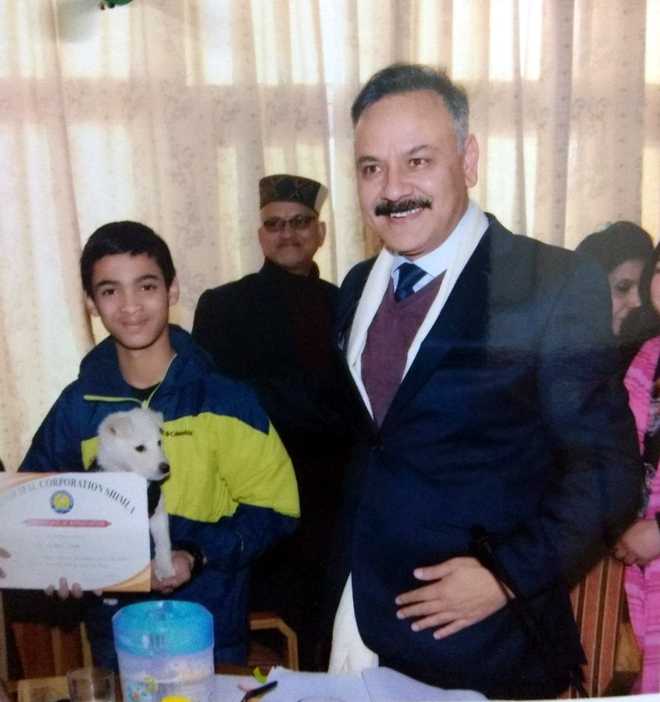 110 dogs adopted: As many as 110 stray dogs have been adopted by residents and communities under the SMC’s programme, the brainchild of Municipal Commissioner Pankaj Rai

The Shimla Municipal Corporation (SMC) has won an award for its street dog adoption programme from Delhi-based SKOCH (Cities), a think tank, which works on socio-economic policy initiatives in association with various Central government agencies.

As many as 110 stray dogs have been adopted by residents and communities under the SMC’s programme, the brainchild of Municipal Commissioner Pankaj Rai.

The civic body got a silver award from SKOCH in New Delhi yesterday. Samir Khosla, head, SKOCH Foundation, who gave the award to the SMC, said the programme deserved appreciation.

The SMC has not only launched the street dog adoption policy, but also constructed a shelter on The Mall.

Dr Neeraj Mohan, veterinary officer, said the initiative not only helped curb dog menace, but also gave a new life to the animals.

Rai said: “We hope the support continues to pour in and the programme reaches other towns as well.” Byopar Mandal members, NGOs and locals were coming forward to adopt these dogs. “We are waiving their garbage bills and allowing them free parking in the MC areas,” he added.