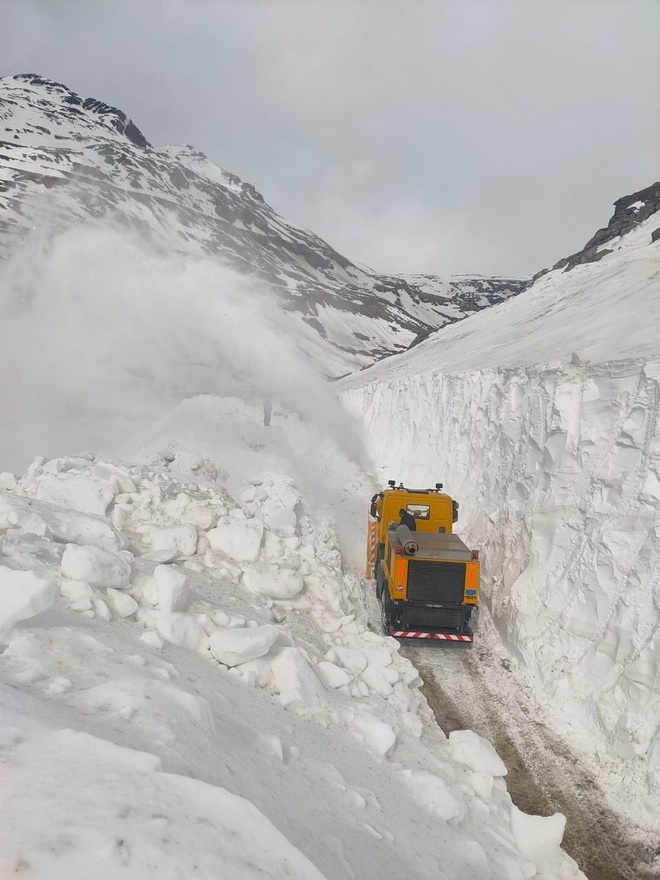 With weather becoming favourable, the BRO today resumed its snow-clearance operation on the Manali-Leh highway.

Inclement weather that persisted for the last three days had hampered snow clearance operation as the area has received considerable snowfall.

As the weather became clear in Kullu-Manali and Lahaul Spiti, the BRO pressed its machinery and workforce in the morning to clear snow on the Manali-Leh highway.

BRO commander, Colonel Uma Shankar, told The Tribune that the machinery and workforce were undertaking the task from Gulaba towards Rohtang Pass on Manali-Leh highway. Similarly from Lahaul side, one team of the BRO workforce was moving ahead from Sissu towards Rohtang.

Similarly, one team is moving ahead from the Darcha side toward Sarchu to restore the road for traffic movement as soon as possible. The state government today operated emergency flight to Lahaul to airlift three patients and other passengers to Kullu. One patient, suffering from heart related disease, was critical.

The residents of Mandi, Kullu and Lahaul Spiti heaved a sigh of relief as weather remained pleasant throughout the day. The people were seen enjoying sunlight at Chauhata bazaar and Indira market premises during the day.