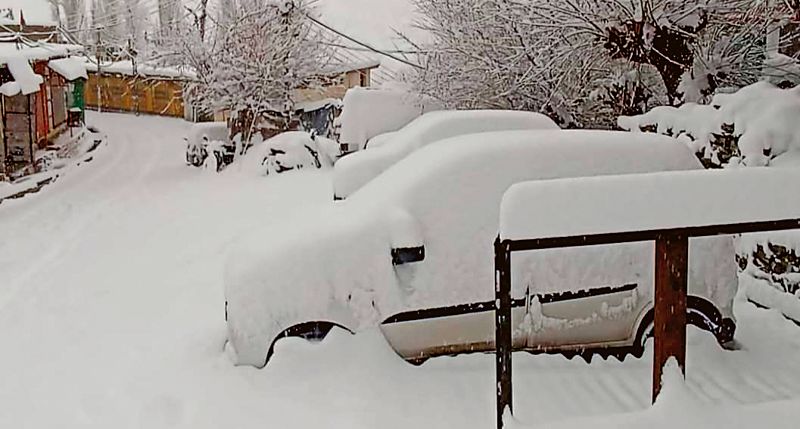 Despite the forecast for a widespread snowfall in most places in mid and high hills on January 24 and 25, the districts of Shimla, Sirmaur, Kinnaur and Solan received little snowfall till late evening.

“In what’s a new development, we have noticed the formation of a high pressure area that’s reducing the intensity and restricting the movement of Western Disturbance towards the southern districts of the state. That’s the reason why the precipitation has been less in these districts,” said Surender Paul, Director, Meteorological Centre, Shimla.

It’s the third time in this month that Western Disturbance has resulted in less than expected precipitation in these districts. “The snowfall has been more in Lahaul and Spiti, Chamba and Kullu this winter,” said Paul.

In the latest precipitation spell that started Tuesday morning, the most widespread snowfall has been recorded in Chamba, Kullu and Lahaul and Spiti. While a few places in Chamba and Lahaul Spiti received between 45 and 50 cm snowfall, the maximum snowfall at a few places in Shimla and Kinnaur districts has been just about 8 cm.

Even as snowfall hasn’t been widespread, most places have received rainfall across the state over the last two days. “Rainfall has been good, many places in Kangra and Chamba have received heavy rainfall. Due to this good spell, the winter rain deficit has come down to 15 per cent,” said Paul. “Also, another Western Disturbance will hit the state towards the end of this month. That spell, too, will us bridge the rain deficit even more,” said Paul.

According to the weather department, the precipitation will reduce from tomorrow until the next Western Disturbance arrives towards the end of the month. “There will be light snowfall and rainfall in higher reaches, but overall the weather will be dry,” said Paul.

Lack of good snowfall this season has left the apple growers quite worried. “The orchards located in mid and low elevations have been hit hard. Due to dry conditions, the plants have become prone to several diseases. And with temperatures rising, there’s a possibility of early flowering,” said Lokinder Bisht, an orchardist from Rohru.